The Advent of Virtual Reality In the Future of E-Commerce

The main objective of this paper is to study the impact of Virtual Reality and Artificial Intelligence on the daily lives of people. Some big e-commerce platforms have taken keen interest in introducing these technologies in their interface, giving the people a taste of the future in small bites. Virtual Reality has been used in different spheres of the consumer market to attract and incentivise the consumers and influence their buying behaviour. Many companies, whether in the FMCG segment or the fashion industry, have adopted VR technology to enhance their customer experience. The rapid adoption of the technology is so vigorous that the disruption it is causing in the consumer market is tenfold.

Introduction of the Research Area

The developments in the Virtual Reality scenario have disrupted the realities of e-commerce in ways too quick to comprehend for most of the users of e-commerce shopping space. The introduction of Virtual reality into the world is going to disrupt a number of industries that still remain untouched.  In the last five years, both Virtual Reality and Augmented Reality have captured the interests of the investors and of the general public, especially after Mark Zuckerberg bought Oculus- the VR tool for two billion dollars (Luckerson, 2014; Castelvecchi, 2016). Currently, many other companies, such as Sony, Samsung, HTC, and Google are making huge investments in VR and AR (Korolov, 2014; Ebert, 2015; Castelvecchi, 2016). The study of VR was initiated in the graphics of computer field and has been extended to several disciplines (Sutherland, 1965, 1968; Mazuryk and Gervautz, 1996; Choi et al., 2015).

Virtual Reality, as it sounds, combines technology and sounds and plays with the human senses to create immersive environments, make the consumer believe he/she is actually in a simulated environment. On the other hand, Augmented Reality merges reality with virtual objects allowing interactions between them in a seamless environment, the best example being the game Pokemon Go in 2016. E-commerce’s infatuation with these technologies is understandable considering the number of problems they solve for online merchants. The biggest hurdles faced by the online sellers are reassuring consumers that products are worth buying and are actually what they are looking for. (Simon, 2018)

Virtual Reality and Augmented Reality will cause a significant boost in world economic growth over the next decade with approximately adding $1.5 trillion or 1.8% GDP to the global economy by the year 2030 (Seeing is Believing, PwC, 2019). The reasons behind adapting to AR/VR lies in the inspiration, the thrilling engagement and the impact the brands can leave on the consumers. Examples of such adoptions are Samsung collaborating with NASA to provide its consumers with a virtual moonwalk experience, Oreo coming up with a magical land for its consumers to experience the first virtual taste of its newest creation- filled cupcake oreos (Samsung U.S. Newsroom YouTube channel; omnivirt.com)

Virtual Reality is on the path to become actual reality in the marketspace. Where earlier the goods were consumed based on the actual touch and feel of the products and services were bought by actually interacting with the service providers, the consumers have shifted to an AI driven interface that provides the same touch and feel. Virtual Reality is a simulation that is created keeping in mind the functioning of the real world. But sometimes, VR can be totally similar or totally different from the real world. It involves a three-dimensional remodelling of the real things in virtual images and environment that can be interacted with in a seemingly real or physical way by using special equipment like a VR helmet or hand gloves by people. Virtual reality interfaces when applied to web-based 3D e-commerce platforms, blends classical 2D web interfaces with 3D elements such as virtual object viewers and immersive scenes, including shape controls, icon lists, and drag and drop. In a single online platform, the idea combines the production and management of virtual shops as well as the virtual spaces visited by users to explore and purchase goods in a way that mimics real urban shops (Unai & Alvaro, 2011).

When applying virtual reality for trust-building e-commerce environments, the environment is evaluated with an empirical study presenting evidence and justifying that consumers would prefer a virtual reality shopping environment over a traditional web store. The study showed that the functionality of a traditional e-store with the expressiveness of an actual, face-to-face interaction can be provided by a virtual reality shopping environment, thus enabling a superior online shopping experience to create confidence (Panagiota & Papadopoulou, 2007). Designing of an AR/VR platform for e-commerce involves A/B analysis done to test the preferability of consumers at the VR/AR stores which are again tested for the framework of salesperson, sales desk, banner, advertising strand, Virtual TV etc (Amir-reza Asadi, Reza Hemadi, 2018). To understand the technological innovations transforming the consumer retail experience, the environment is evaluated to find out the advent of mobile technologies, in-store technologies and emergent technologies to find out how the AR/VR structure would apply to a brick-and-mortar store.

By distinguishing the need for social participation and human interaction and communication through mobile and in-store technologies, this study offers insights into the prerequisites of emerging technology development; further emphasising the value of pervasive connectivity while designing and implementing future technologies (Natasha, et al., 2018) In uncovering value for retailers and customers through 3D-technology, configuring the photogrammetry, 3D scanning and 3D modelling to enhance consumer retail/commercial experience through the use of AR/VR tools that satisfy their second level needs from Maslow's Triangle is necessary. In several different ways, today's shopping experiences occur: at home, on the go, and in-store. Effectively delivered, augmented shopping may make consumers feel more secure in their choice of goods, whether through richer product knowledge, communication, the ability to customise or configure unique product designs, or through the deeper emotional connection of immersive brand storytelling (Allan, et al., 2020).

When shopping in Virtual Reality, most of the existing VR applications try to simulate a conventional store accurately, but they did not try to address the limitations of those shops (Marco Speicher, 2018). Augmented reality (AR) and virtual reality (VR) are different points along a spectrum of immersive computing – the technology that blurs the lines between the physical and digital worlds. VR immerses a user in a computer-generated simulation of an entire environment. AR, on the other hand, layers computer-generated enhancements over an existing reality that is presented in a user’s field of view, making the blended experience more meaningful or interactive. (World Economic Forum in collaboration with McKinsey & Co.). The impact on companies that focus on P&D is large and increases when more technologies are needed to create content and when the content becomes more attractive. These companies must orient themselves towards the gaming companies' model to provide the best experience and to get the best out of the VR ventures (Joschka & Thomas Hess, 2017).

To analyses the actual impact of Virtual Reality experiences in the minds of consumers who are the frequent users of e-commerce platforms and to study the disruptions that this automation might have on the actual brick and mortar stores.

The objective of this study is to understand the variables of VR/AR technologies that influence the consumer buying behavior as well as enhance the consumer engagement in e-commerce platforms like Amazon, Flipkart, BigBasket etc. A conceptual background has been designed in the first phase of the study on the basis of literature review. After that, an empirical study was conducted to understand the hypothesis formulation based on certain variables that were also influenced by the earlier papers studying the same problem statement. Three specific objectives are as below:

Primary data were collected using survey method with the help of structured questionnaire consisting Likert scale, checkboxes, short type, descriptive answers to analyse the awareness of and comfortability with VR/AR amongst the general population. For this study, the questionnaire was distributed to 300 people through various channels like Whatsapp, Facebook, Instagram, Twitter, LinkedIn out of which 240 entries were found to be authentic and valid. Further findings are based on these 240 entries.

The data analysis suggests that the age group of 18-40 years trusts VR/AR most. Almost 60% of ecommerce users have come across VR/AR technologies in their experience. 96% of users are comfortable with VR/AR, 89% of them would prefer shopping online. 53% of users would like ecommerce platforms like Amazon, Flipkart to apply VR/AR. Though, 95% of users associate risks with transactions that involve VR/AR in Figures 1-5.

Figure 1: 83% of Users have already been acquainted with VR Technology 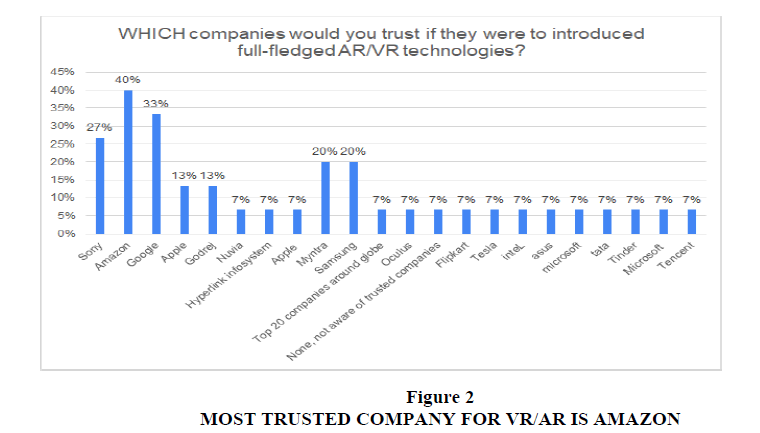 Figure 2: Most Trusted Company for VR/AR is Amazon

Figure 4: 79% favored the option of having Transactions on VR/AR Interfaces

Figure 5: 79% of users are okay with having VR/AR in their Buying Experience

Figure 6: 21% would like to have it in Trial-Run Gaming

Figure 7: 46% Of People are experienced with Interfaces Involving VR/AR with a rate of 4 on a Scale of 5

Figure 8: 26% of users are not comfortable in Sharing Body-Tracking Data

Figure 9: 28% are not comfortable with Sharing Identity Information

Ecommerce platforms like Amazon, Nykaa, Flipkart and others provide a sensational base for the use of these technologies by providing a virtual user experience for the buyers. Nykaa, for example, provides the selfie camera which lets users virtually try out beauty products to see how it will complement their face and complexion.

The present study has been confined relatively smaller sample size of 240 obtained from few cities in India with specific reference to ecommerce and adoption of AR/VR technologies. A pan- India study with larger and more representative sample will provide deeper insights for the marketers and policy makers.

The future of E-Commerce seems to be more promising than ever before. There are numerous segments that might grow like: Travel and Tourism, digital appliances, merchandise, apparel and the like. Greater assurance with customer friendly and practicable terms and conditions like hassle free return policy, faster replacements, 24/7 customer support and the like go a long way in attracting more customers and gaining their trust to embrace the rapidly emerging technologies like AR & VR.