One of the key macroeconomic fundamentals which is essential for achieving economic growth is maintaining price stability. This is achieved through monitoring inflation rate and maintaining such at low and stable levels through the use of monetary policy instruments such as interest rate. Central banks can have such sole mandate, which is argued to be fundamental to attain, or the other macroeconomic objectives such as economic growth and high employment (Southern African Customs Union (SACU), 2013). In some instances, however, central banks can have the dual mandate of attaining price stability and achieving set level of economic growth or employment, among other alternatives (Bhattacharyya, 2012). The debate on which approach is the best rages on across the world. Developed and developing economies alike are still is search of fine balance between price stability and economic growth. This study seeks to take this debate further, focusing on a group of countries with customs agreement and largely aligned macroeconomic policies, the Southern African Customs Union (SACU).

The geographic proximity to each other, and the alignment at large of macroeconomic policies such as fiscal, monetary and international trade and investment makes the group a befitting natural experiment to draw the debate to some logical conclusion. The SACU region recorded an average growth of 1.3% in 2017 compared to 0.8% in 2016 and in 2019, the highest projected growth rate of 3.8% was recorded in Botswana, with the lowest growth rate of 1.7% recorded in South Africa and Swaziland (African Development Bank Group, 2019; Southern African Customs Union, 2018). Compared to inflation rates during the same period, inflation has been on a downward trajectory in the SACU region (Southern African Customs Union, 2018). It appears that attainment of price stability is possible and necessary, however it is not sufficient for economic growth. According to the World Bank Group (2018), gross domestic product (GDP) growth in the SACU region decelerated in 2016 and 2017 and recovery is not expected to be strong enough especially in South Africa. In South Africa, the optimal target inflation rate is 3%-6% and interest rate is maintained at 6.75% but gross domestic product growth rates and employment levels plummeted. It becomes an issue of concern as to why maintaining very low inflation, sacrificing growth. This arose the interest on examining the relationship between inflation rate and economic growth in SACU region since theoretical literature is not convincing and interest rate is one to the instruments used by central banks in controlling inflation to achieve growth. 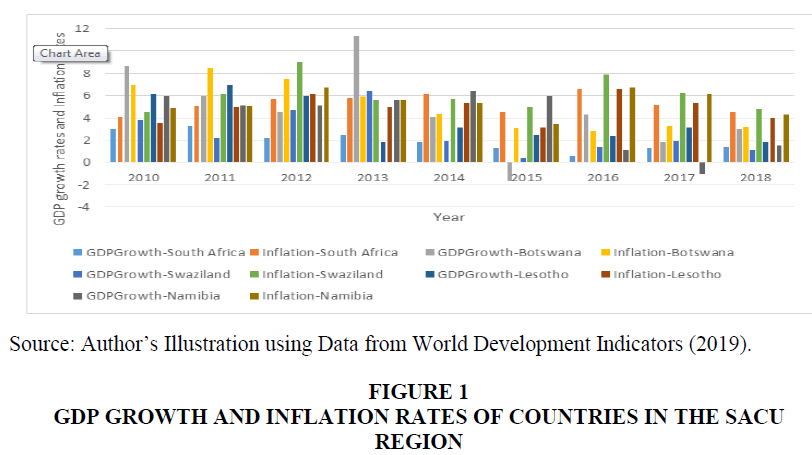 The Table 1 below summarises the studies of Harswari & Hamza (2017), Karahan & Yilgor (2017), Stawska (2016), Sattarov (2011), Thanh (2015), Pradhan et al. (2015) and Holston et al. (2017) for developed countries. All these studies examined the relationship between inflation, interest rate and economic growth with the exception of Sattarov (2011) and Thanh (2015) who examined the relationship and the threshold level of inflation for economic growth.

The results of these studies are summarized in Table 2 where three of the developing countries’ studies used the Panel Smooth Transition Regression (PSTR) method namely (Seleteng et al., 2013; Imleesh et al., 2017; Eggoh & Khan, 2014). However, Njimanted et al. (2016); Denbel et al. (2016) and Mallick & Sousa (2013) used the VAR methodology while the rest of the studies used different methodologies to infer the relationship between inflation, interest rate and economic growth. It can be established that there is no one unique and more efficient methodology, the approach used depends on the nature of the data available, looking at the unit root tests.

Studies have also been done by Chipote & Makhetha-Kosi (2014), Mothuli & Phiri (2018), Sindano (2014), Salami (2018) and Vermeulen (2015) on the relationship between inflation, interest rate and economic growth focusing on the SACU countries and the results of these studies are shown in Table 3.

The data included five SACU countries and generally covered the period before and after the global financial crisis that is 1991-2018. Interest rate used shows the bank rate that usually meets the short- and medium-term financing needs of the private sector. The data sources are shown in Table 4 below.

The study used a log-log model and the functional form is shown below:

Where Δ GDP is economic growth for country i in period t, Δ CPI is the changes in Consumer Price Index, which shows inflation rate for country i in period t, Δ I is the changes in interest rate for country i in period t, i is the individual country and t is time period. The estimation method used in this study is the panel ARDL model. According to Nkoro and Uko (2016), the PMG allows for heterogeneity only in the short-run compared to the mean group which allows for heterogeneity both in the short and the long-run. The pool mean group estimates are superior to the fixed effects estimates, because they are robust to endogeneity and to the presence of unit root. Besides the short-run and long-run effects that are captured among the variables in the model, the PMG additionally investigates the dynamic effects of the independent variables on the dependent variable. The general form of the PMG can be shown by the following equation:

The following notation for equation (8):

The error correction equation is derived from equation (2):

The movements of economic growth, inflation and interest rate are shown in Figure 2, Figure 3 and Figure 4 below, respectively. 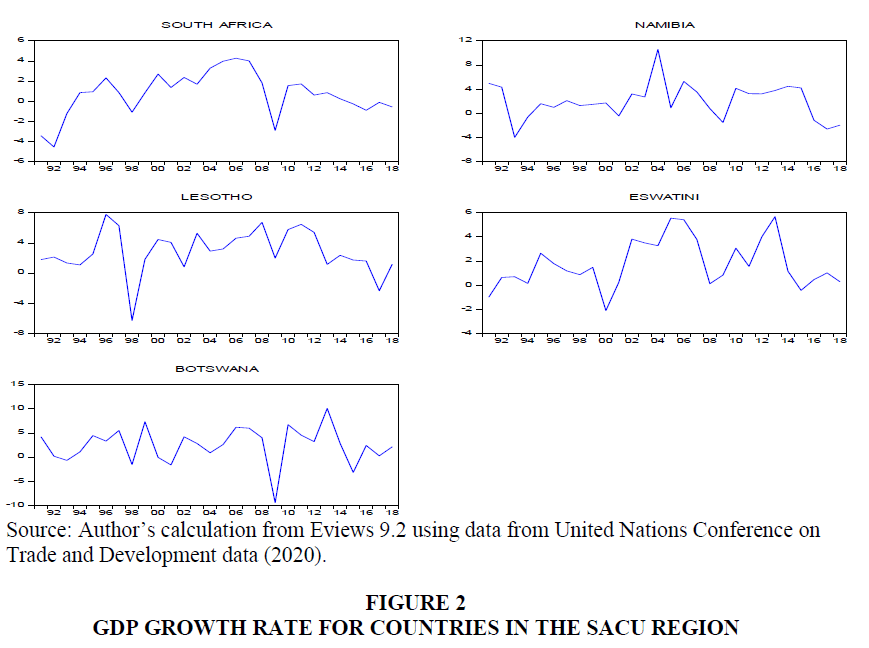 Figure 2 GDP Growth Rate for Countries in the SACU Region 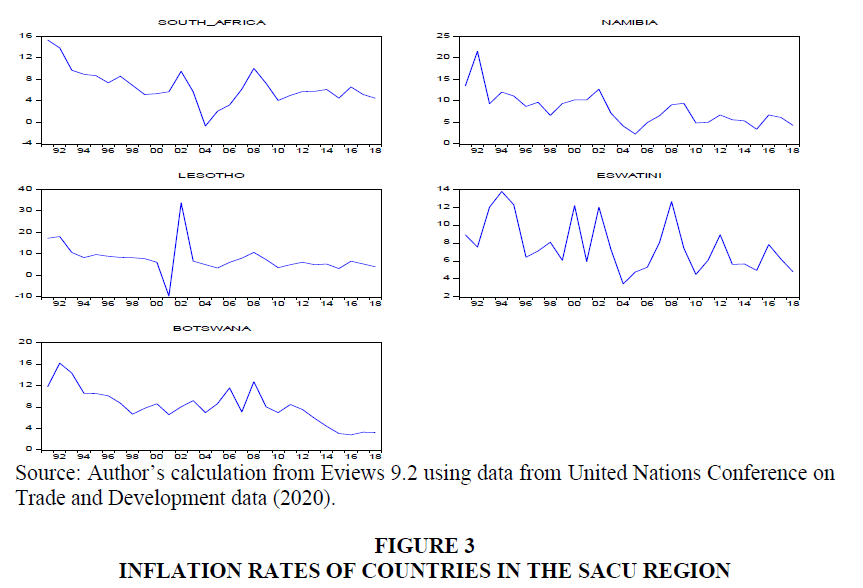 Figure 3 Inflation Rates of Countries in the SACU Region 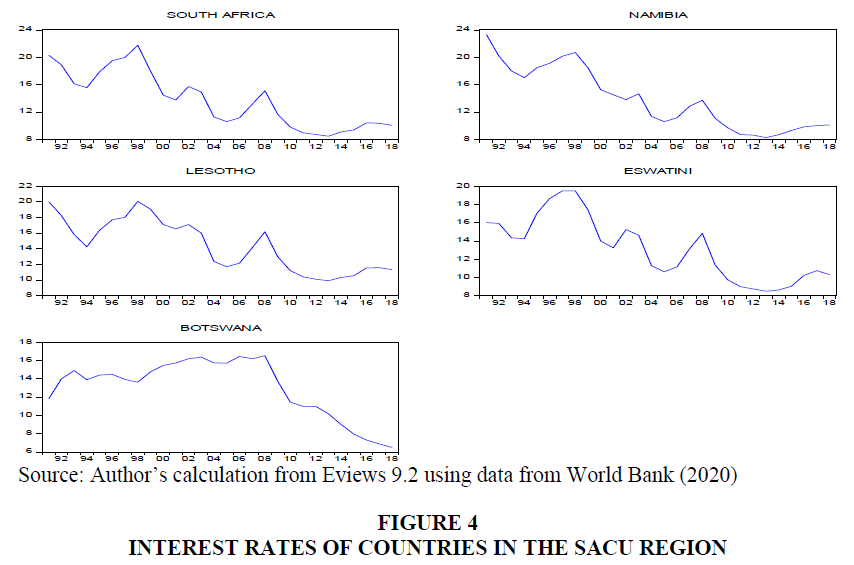 Figure 4 Interest Rates of Countries in the SACU Region

The relationship between inflation, lending rates and economic growth was examined using the Panel ARDL model and cointegration regressions (FMOLS and the DOLS) to enable isolating short and long run effects and for robustness

The study used the common root (Levin, Lin, & Chu) and individual root (Lm, Pesaran and Shin). The summary of the SACU panel unit root tests is shown in the Table 5 below.

Although, the Panel ARDL is used to guide in the conclusion, the FMOLS and the DOLS results also shows a significant positive relationship between CPI and GDP while no relationship between lending rates and the GDP is found in SACU. According to the FMOLS, an increase in the CPI by 1% increases the GDP by 0.63 on average. The DOLS results shows that if the CPI increases by 1%, the GDP increases by 0.57%, on average.

These findings provide some important policy implications. The analysis shows that it is desirable to keep inflation high, ceteris paribus, and therefore Central Bank should implement those policies that promote inflation maintained at a higher desirable level so as to achieve robust economic growth. Since lending rate is found to have no impact on economic growth in the SACU region, the interest rate can be increased or decreased to manipulate inflation to achieve growth. However, it should be noted that inflation is desirable for growth up to a certain level, where beyond that level, higher inflation is harmful to growth and this level of inflation was beyond the scope of this study. Thus, while inflation targeting brings sanity within the financial sector, this might retards growth as the desirable inflation level would be beyond the targeted inflation level.

Sindano, A.N. (2014). Inflation and economic growth: an estimate of an optimal level of inflation in Namibia (Doctoral dissertation).