The enactment of the law encourages each region to further spur economic growth in order to improve the welfare of the community as part of the objectives of implementing regional autonomy, namely improving public services and advancing the regional economy. Regional development is an effort to spur socio-economic development, reduce disparities between regions and preserve the environment in a region. Regional development is very necessary because economic, cultural and geographical conditions differ from one region to another. Basically, regional development must be adjusted to the potential conditions and problems of the area concerned.

One of the targets for long-term regional economic development is a shift in the regional economic structure that occurs due to the progress of regional development. Not all sectors in the economy have the same growth ability. Therefore, development planning utilizes basic sectors that are considered to be able to encourage economic growth Cahyono and Wijaya (2014). Based on the description above, to find out the identification of the PDRB position and the distribution of each province in an Indonesian map, the researchers are interested in examining the Mapping of Economic Potential of Provinces in Indonesia with the Arcgis Method.

Regional development is an effort to spur social economic development, reduce disparities between regions and preserve the environment. The purpose of regional development contains two interrelated sides. On the socio-economic side, regional development is an effort to provide welfare for the quality of life of the people. On the other hand ecologically the development of the region also aims to maintain environmental balance as a result of human intervention Rizani, (2017). The reason why it is necessary to develop an area in a certain area is usually related to the problem of demographic imbalance, high costs or costs of production, a decrease in the standard of living of the community, underdeveloped development or the presence of very urgent needs.

There are three main determinants of economic growth for a nation, namely (i) capital accumulation which includes all forms or types of new investments invested in land, physical equipment, and human resources, (ii) population growth which increases the number of labor force in the coming year, (iii) technological progress (Todaro et al., 2003)

Economic growth is an increase in the long-term capacity of a country to provide various economic goods to its population. The increase in capacity itself is determined or made possible by the progress or adjustments to technological, institutional and ideological adjustments to the various existing circumstances Badan (2019).

The characteristics of modern economic growth, Kuznet are as follows (Todaro et al., 2003):

1. The rate of population growth and product per capita where that if the population increases it must be accompanied by an increase in the amount of income per capita.

2. Increased productivity in which increased economic growth It appears in per capita products, especially an increase in the quality of inputs that increase efficiency or productivity per unit of input.

3. The rate of structural change in which these changes include the transition of agriculture to non-agricultural activities, from industry to services, from individual companies to legal entities and changes in the work status of workers.

4. Urbanization where this growth is characterized by more and more people in developed countries moving from rural areas to urban areas.

5. Expansion of developed countries where this growth is characterized by modern science and knowledge began to develop, the industrial revolution that had occurred in the UK is now shifting and spreading to Erofa and Japan.

The data collection method used is the method of library study, which is studying reading materials related to research. The type of data is secondary data in the form of time series with observation periods of 2014 - 2018, the data used are Gross Regional Domestic Product (GRDP) at constant prices by province. Data analysis methods are Growth & Share Analysis and over lay analysis.

Growth & Share analysis is used to identify the characteristics of the dominant, declining, slow/low economic sector and potential in the regency/city economic development in West Java and to determine the economic development policy of the regency/city area in West Java. The Growth & Share analysis approach uses a matrix divided into 4 quadrants, viz (Table 2).

Based on the picture above it is known that:

1. Quadrant I, dominant (high growth & share), which is the economic sector that contributes to and a high growth rate for GDRP.

2. Quadrant II, decreases (low growth & high share), which is the economic sector that contributes to high GDRP but on the other hand the growth tends to decrease.

3. Quadrant III, low / slow (low growth & share), which is the economic sector that contributes to and low GDRP growth.

4. Quadrant IV, potential (high growth & low share), namely the economic sector whose contribution is low but on the other hand its growth tends to increase in contributing added value to the GDRP.

Digital data analysis technique using map overlay techniques on maps. This technique aims to describe the economic information of each province in Indonesia quantitatively based on secondary data analysis.

By using growth & share analysis information is obtained about the position of economic potential for each province in Indonesia, as shown in Table 3.

Based on the data in Table 2, we can see the position of each province in Indonesia, namely:

Having known the potential position of each province in Indonesia, to give a clearer picture, a 4-quadrant matrix is made as below Table 4:

Paying attention to the growth & share analysis matrix explains that the characteristics of provinces in Indonesia in giving their roles to development in Indonesia are different. There are provinces that include quadrants I, II, III and IV. Of course this is the concern of the government in developing the economic potential that exists in the provinces in Indonesia Prishardoyo (2008). Therefore, to increase the role of the province in development in Indonesia, it is necessary to know the capabilities and strengths of the economic potential contained in each province (Sjafrizal, 2014; Kharisma & Hadiyanto, 2018; Rizani, 2017; Alkadri, 1999; Yulianita, 2010; Roosmawarni, 2017; Ayubi, 2014; Febryani, 2017; Ma’ruf & Wihastuti, 2008; Pantow et al., 2015; Malinda, 2014).

Furthermore, to facilitate the government in determining provincial targets that need to be prioritized based on the opportunities and potential of the province, the next stage is to map in the form of overlay (Wiguna & Budhi, 2019; Todaro et al., 2003; Badan, 2019; Arsyad, 1995; Arief, 2015; Basuki & Gayatri, 2009) as follows Figure 1: 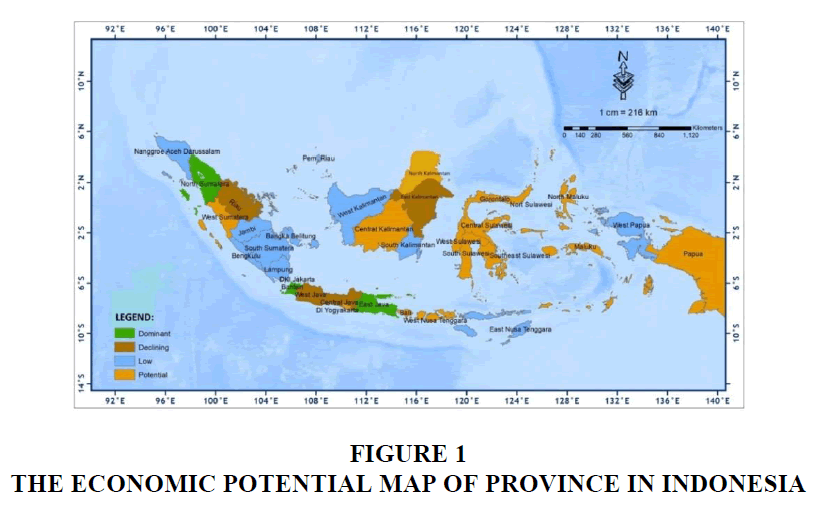 Figure 1 The Economic Potential Map of Province in Indonesia

1. Maintaining the economic potential of the provinces in Indonesia

2. Increasing economic potential growth, through empowering the leading economic sectors in each province

3. Provide guidance and assistance in managing the economic potential of the provinces in Indonesia.

Conclusion of economic potential based on growth & share analysis, viz