Guzel I. Gumerova, Financial University under the Government of the Russian Federation

The paper proposes the DuPont model construction technique for the petrochemical complex. The object of our exploration is the enterprises of the petrochemical industry. The subject of the investigation is the system of production and economic relations in the context of industry digitalization. Methods: descriptive statistics, the DuPont analysis, regression analysis. The Statistica software product was used as an analysis tool. The paper presents that the resulting effect from petrochemical industry digitalization will lead to the growth of energy efficiency, return on assets, which will affect the growth of income on the net worth of companies. Revealed the functional dependence of energy intensity of GDP from a decrease in electrical labor and increasing the use of the share of renewable energy sources as a result of the introduction of digital control technologies in the petrochemical complex. On the basis of the regression model, the parameters of influence on reducing the energy intensity of GDP were determined by reducing the electrical power of labor and increasing the share of energy resources produced using renewable energy sources at petrochemical enterprises, introduced in the process of digitalization of the industry; the use of simulation results will allow determining the energy efficiency of macro- and mesoeconomic systems. As well as individual business entities. The research will serve as a source for further elaboration of the issues of studying the phenomenon of digitalization of processes in order to increase the energy and resource efficiency of petrochemical enterprises and improve methods, tools and approaches for managing industrial enterprises in the context of the transition to the digital economy.

The controversial issues of transition to Industry 4.0 on a global scale have been discussed for a considerable time, but the main tools and terminology of the fourth industrial revolution as an economic category were introduced into scientific circulation only in 2011.

The economic and technological potential, characteristic of Industry 4.0, determine the effectiveness of management decisions, increase the speed of their adoption, improve performance create value products from design to recycling of customized product.

However, to date, the tools and methods of the digital economy are not fully adapted for use in the petrochemical industry. In this regard, the purpose of the article is to assess the impact of digitalization of the petrochemical sector on the energy efficiency of the Russian industry by modeling. To achieve this goal, the following tasks are set and solved in the study:

Many domestic and foreign scientists are engaged in solving problems in the field of improving the efficiency of business models, creating digital competencies, effective communications, networking, introducing automation in production and decentralized management, and improving the energy efficiency of the industrial complex. So, A.C.O. Siqueira, J.W. Webb and G.D. Bruton (2016) prioritize the study of high-tech entrepreneurship; М. Kelly and C.O. Gráda (2016) describe advantages and disadvantages of the industrial revolution, the risks of digital management technologies (Kelly & Gráda, 2016; Gráda, 2016); a research team led by V.P. Meshalkin et al. (2018) analyze the problems of increasing the energy efficiency of petrochemical industries; a group of scientists led by Yiming et al. (2020) Yang present the specifics of petrochemical processes in the coal industry (Yiming et al., 2020) and others.

The topic of reducing the carbon load of the petrochemical complex on the environment is being developed in the works of many scientists, in particular, issues such as implementation policy in the field of renewable energy sources are considered (Smeet, 2018) (Shinkevich, 2020) sustainable production concept and practice Rosen & Kishawy (2012), carbon dioxide recovery program Mennicken et al. (2016) and others.

However, improvement of methodological approaches in this area of research is required in order to identify general trends, problems and prospects for the development of the impact of digitalization of the petrochemical sector on the development of industry and the economy as a whole.

The development of digital technologies in the petrochemical sector can be analyzed by comparing the number of advanced production technologies developed and used, which include the following enlarged groups: production information system; production, processing and assembly; automated monitoring and/or control equipment; communication and control; design and engineering; integrated management and control; automated transportation of materials and parts, as well as the implementation of automated loading and unloading operations. The analysis for the period from 2005 to 2018 showed the following results: the average annual growth rate for developed technologies – 7.2%, for used technologies-4.7%; the largest increase in developed technologies for the group "communications and management" - 13.4%, for used technologies for the group "automated monitoring and/or control equipment; communications and management" - 8.9%.

The distribution of the use of advanced production technologies in industry by groups at the end of 2018 is shown in Figure 1, based on the fact that a total of 254.9 thousand units were used (Federal State Statistics Service, 2021) (Figure 2). 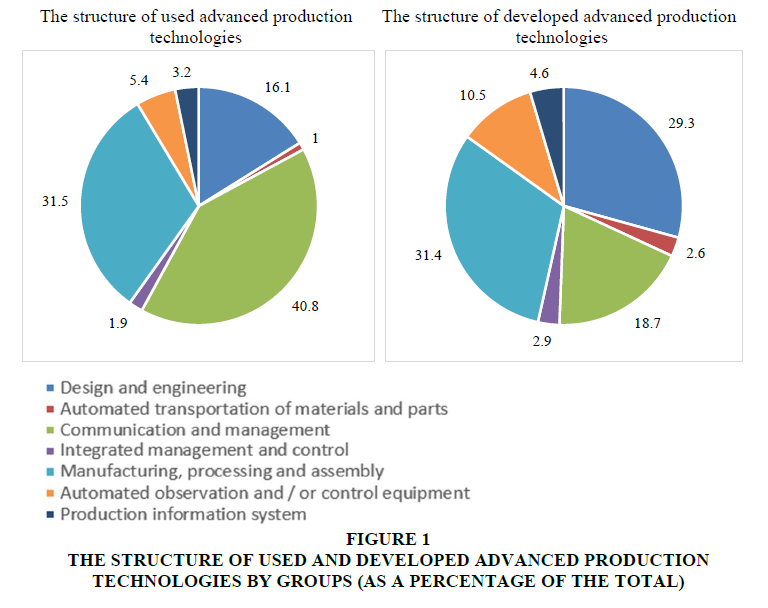 Figure 1: The Structure Of Used And Developed Advanced Production Technologies By Groups (As A Percentage Of The Total)

To assess the impact of digital technology on resource efficiency of the petrochemical industry will be used the following statistical indicators:

The integral indicator of official statistics on the petrochemical industry is the coefficient of autonomy.

The initial values of the indicators for further calculations are presented in Table 1.

To assess the impact of trends in the introduction of digital technologies at the enterprises of the petrochemical complex, the following indicators will be used, the composition of which is reflected in Table 2.

There are three groups of methods that we use in this paper.

The time series included indicators for 2012-2018. The Statistica software product was used as an analysis tool.

As a result of a relative assessment of the implementation of the technologies used and developed in the industry, a normal distribution of groups was revealed. The distribution was checked on the basis of the Kolmogorov-Smirnov test (p-value less than 0.05) and the skewness coefficient, which is modulo less than 1.0. There is a uniform spread of values compared to the average (Shows in Figure 3). 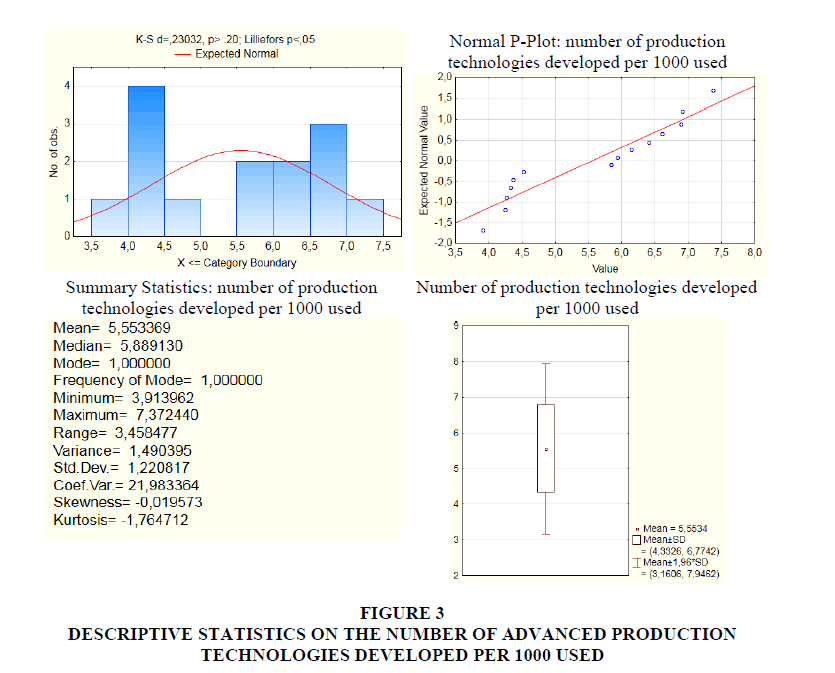 Figure 3: Descriptive Statistics On The Number Of Advanced Production Technologies Developed Per 1000 Used

The analysis of technological solutions implemented in production revealed a relatively high coefficient of variation recorded for the group of technologies: design and engineering – 49%, communication and management – 43.1%, production information systems - 41.8% (Table 3). A direct relationship between high fluctuations of the attribute and high average annual growth was also revealed.

The study of the impact of digitalization of petrochemical enterprises on the formation of their profits, carried out using the DuPont model, made it possible to obtain the following results, the calculations of which are reflected in the diagram shows in Figure 4.

Figure 4: The Strategic Profit Model Of Petrochemical Enterprises Before And After The Digitalization Of The Industry

Thus, the resulting effect from the digitalization of the petrochemical industry will lead to an increase in the return on assets from 0.32 to 0.42, which will affect the growth of income on net worth (profitability of assets on equity), the value of which will increase from 12.39% to 16.11%.

Assessment of the impact of the use of digital management technologies on resource conservation and energy efficiency of petrochemical enterprises on economic growth in general is calculated according to the following indicators:

The coefficient of determination of the model was 86.1%, the Fisher test (F-significance) and p-values of the coefficients of the regression equation were 0.05, the standard error of the model is 7%, which together allows us to speak about the adequacy of the obtained regression model. Thus, the interpretation of the elasticity coefficients of the model allows us to conclude that a decrease in the electrical power of labor at petrochemical enterprises, ensured by the introduction of digital control technologies by 1 kW * h, will lead to a decrease in the energy intensity of GDP by 100 rubles, at the same time, an increase in the share of energy resources produced using renewable energy sources in the petrochemical complex by 1 percentage point will be reflected in a decrease in the energy intensity of GDP by 55 thousand rubles (Figure 5).

These indicators can be used to analyze the sensitivity of the economic system of the micro-, meso- and macrolevels of management to the digitalization trends of the petrochemical industry, expressed through a decrease in electrical labor and an increase in the share of energy resources produced using renewable energy sources.

Thus, the study carried out allowed us to obtain the following conclusions:

We believe that our research will serve as a source for further elaboration of the issues of studying the phenomenon of digitalization of processes in order to increase the energy and resource efficiency of petrochemical enterprises and improve methods, tools and approaches for managing industrial enterprises in the context of the transition to the digital economy.

The article was supported by a grant from the Kazan Innovative University named after V. G. Timiryasov.