This article deals with the problem of salary structure optimization in business sector organizations in Kazakhstan, there is discussing relevant aspects of optimizing the remuneration structure based on the need to construct modern tariff systems as the basis for salary formation. Based on the analysis of foreign experience, specific proposals have been developed to improve legislation and apply modern tariff models of remuneration. An analysis of statistics data shows that in almost all types of economic activity there is a tendency towards an increase in the share of tariff rates in the average salary. Distinctive features can be found in the dynamics of the studied indicator in different regions of the Republic of Kazakhstan. In all of the country’s regions, there is a tendency towards an increase in the share of payment at tariff rates and official salaries in the general payroll fund. An illustrative example of constructing tariff scales is presented in a suitable table form. The conducted research proves that grading remuneration systems contradicts the current labor legislation of the Republic of Kazakhstan. Therefore, it seems objectively necessary to introduce the relevant amendments to the current labor legislation. This will strengthen the incentive role of the fixed (relatively guaranteed) part of the salary based on the establishment of fair pay for workers of various professional qualification groups.

The issues of effective salary formation play an important role in the management system of business sector organizations at all stages of the economic development of the Republic of Kazakhstan. The remuneration rate, being one of the defining performance indicators, largely characterizes the state of development of the economy and social-labor relations. Remuneration provides basic attraction to an employee to perform job efficiently and effectively as well as leads to employee motivation. Salaries constitute an important source of income for employees and determine their standard of living. Salaries affect the employee’s productivity and work performance. Thus, the amount and method of remuneration are very important for both management and employees. Today the problem of salary structure optimization is acute in Kazakhstan as there is a need to find balance between employer’s profit and employee’s compensation for qualified work. In the conditions of developing economy of Kazakhstan, there is a constant need to find new models of balance and mutually beneficial cooperation.

The effectiveness of remuneration management largely depends on the balance of its structure. This problem was addressed by many foreign and domestic researchers who offered various approaches to optimizing the payment structure (Dai et al., 2015; Chemmanur et al., 2013; Connelly et al., 2016; John et al., 2014; Ton, 2014; Bereshev, 2010). In this regard, the study of the question of which salary structure most interest employees in achieving better job performance is of particular relevance.

Cokyasar et al. (2019) considers the core aspects of theoretical salary administration while complying with the recent competitive working environment. A mathematical optimization approach that recognizes the significance of performance and potential to future promotions of employees is proposed in the research. This approach helps to find the optimal salary increase amounts and to set an advantageous schedule for salary increases. Liu & Ma (2018) present a model of salary optimization based on the experience of Chinese private enterprises; the model emphasizes enterprise welfare, defines salary objectives, attaches importance to special talents and pays attention to fairness. Osborn (2017) presents some generalized approach that employs nonlinear modeling in order to accommodate acceleration of executive salaries while minimizing discretization and market fit errors, and includes asymmetric loss functions based in experimental psychology to explore optimization of net value to the organization.

The scientists pay attention that in developed countries, there is currently a tendency towards an increase in the scale of time-based remuneration forms, as well as systems of payment for knowledge and competence, which objectively serves as a prerequisite for increasing the share of guaranteed payment in the total amount of salaries. The decisive role in the development of such trends is played by the acceleration of scientific and technological progress in recent years, as well as the need to ensure product competitiveness in the market. The widespread use of automated, hardware, conveyor processes has a significant effect on reducing the ability of workers to influence the number of products, as this is already determined by the technology and rhythm of production. At the same time, there is a significant increase in the requirements for workers’ knowledge and competencies in terms of complying with the parameters of technological processes and improving product quality.

The analysis shows that in recent years there has been a tendency towards an increase in the share of guaranteed payment in average employee earnings (shows in Figure 1). 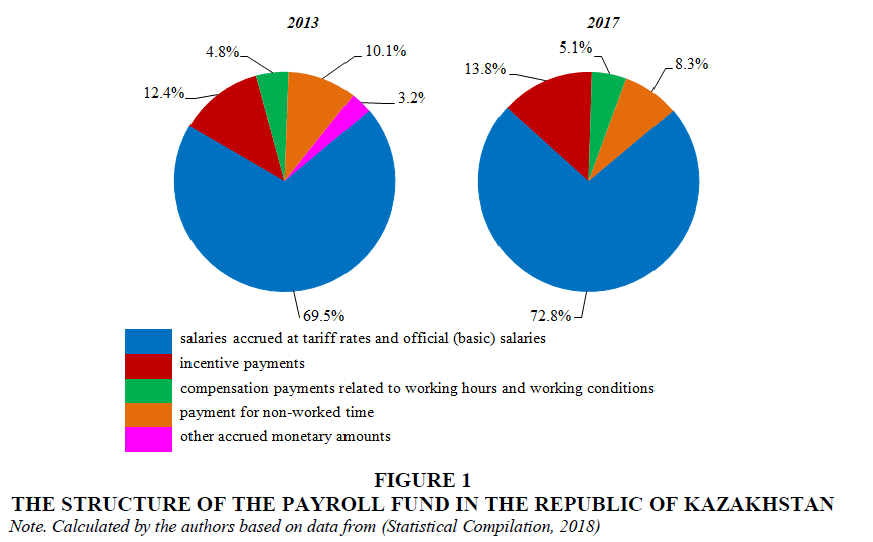 Figure 1 The Structure of the Payroll Fund in the Republic of Kazakhstan
Note. Calculated by the authors based on data from (Statistical Compilation, 2018)

The studied salary structure characterizes the trends occurring in general for all types of activities in the Republic of Kazakhstan. At the same time, the requirement of objectivity puts forward the need for a more detailed study of the dynamics of this indicator in terms of economic activities and regions of the country.

An analysis of statistics data shows that in almost all types of economic activity there is a tendency towards an increase in the share of tariff rates in the average salary. The exceptions are agriculture, forestry and fisheries, as well as wholesale and retail trade, car and motorcycle repair. At the same time, the largest growth of this indicator was recorded in transport and warehousing, the energy sector and the mining industry. The differences both in the absolute values of the share of salaries at tariff rates and official salaries in the average salary structure and in the rates of its growth are largely determined by the payroll management policy provided for in sectorial agreements and the ability of enterprises to provide an acceptable salary structure for employees (Shows in Table 1).

Note. Calculated by the authors based on data from Statistical Compilation (2018)

Some distinctive features can be found in the dynamics of the studied indicator in different regions of the Republic of Kazakhstan (Shows in Table 2).

Note. Calculated by the authors based on data from Statistical Compilation (2018)

As can be seen, in all of the country’s regions there is a tendency towards an increase in the share of payment at tariff rates and official salaries in the general payroll fund. At the same time, one can note the unevenness of such an increase. While in the cities of Almaty and Astana, as well as in the Kyzylorda region, the growth of this indicator amounted to 7.9%, 4.1% and 4.7%, respectively (which is higher than the average republican level), in the West Kazakhstan, Mangistau and Almaty regions it constituted 0.9%, 1.0% and 1.3% respectively. Such differences can be explained by a different Sectoral structure of production. Nevertheless, attention should be paid to the low level of tariff payment prevailing in the Kyzylorda and Mangistau regions (59.2% and 64%, respectively).

It should be noted that the establishment of specific tariff rates for manual workers and official salaries for non-manual workers depends on their qualifications and the complexity of work performed, determined on the basis of the above-mentioned rating and skills guides.

National legislation features in the field of remuneration should take into account the fact that, by defining the "Rules of the game" in terms of establishing the complexity of work and the qualifications of workers, the state provides almost complete freedom for business entities in determining the payroll amount according to these parameters. In other words, employers independently or together with representatives of workers (trade unions) set specific values of tariff rates and official salaries, including the size of the tariff rate of the first category. The latter, in accordance with the law, should not be lower than that established in the sectoral agreement concluded between the authorized representatives of workers and employers with the participation of state authorized bodies. The sizes of rates and salaries, as a rule, are reflected in tariff scales and official salary schemes. An illustrative example of constructing tariff scales is shown in Table 3.

Note. Constructed by the authors

The basis for establishing the values of tariff rates and official salaries is the complexity of work performed and the qualifications of workers determined on the basis of the parameters reflected in the above-mentioned rating and skills guides. These guides are legislative in nature and are mandatory for practical use.

In recent years, the so-called grading remuneration systems have become widespread. They are usually based on the application of analytical methods for evaluating the occupations and positions of manual and non-manual workers. The essence of these methods consists in identifying the degree of the complexity and responsibility of work in terms of points based on special techniques (Tsymbalyuk, 2018). Moreover, in this case, it is the complexity of work that is evaluated, not the worker holding the corresponding occupation or position.

A comparative analysis conducted between the system of salaries at tariff rates (official salaries) and the grading system indicates that there are a number of similarities between them. Firstly, both systems involve establishing the level of the complexity and responsibility of work performed. Secondly, the complexity and responsibility of work is directly related to the qualification level of the employee applying for the corresponding position (occupation). Finally, both systems establish the level nature of remuneration.

Along with common features, the remuneration systems under consideration have certain differences. First of all, it should be noted that the parameters for determining the complexity of work performed and the level of qualification in the Republic of Kazakhstan are established by law. Proceeding from this, the rating of work is carried out centrally on the basis of the approved rating and skills guides. The grading remuneration systems are developed taking into account the characteristics of each particular enterprise. In addition, as noted, graded salaries require the establishment of a point for each occupation (position), which is not the case with the system of salaries at tariff rates and official salaries. In other words, graded remuneration provides scientifically grounded inter-category and inter-duty (inter-grade) ratios in the remuneration of employees of various categories.

In this regard, it seems objectively necessary to introduce the relevant amendments to the current labor legislation, allowing the application of modern analytical, scientifically grounded methods for establishing the level of the complexity and responsibility of work performed in the practical activities of business sector organizations. Such a measure will make it possible to strengthen the incentive role of the fixed (relatively guaranteed) part of the salary based on the establishment of fair pay for workers of various professional qualification groups.

Therefore, it can be argued that increasing the share of the guaranteed part of the salary (tariff rates, official salaries, grades) in the total income of workers, along with its variable part, which means bonuses, rewards and other incentive payments, objectively contributes to the achievement of optimal labor results in market conditions. At the same time, the legislative regulation of the salary structure in Kazakhstan raises certain doubts. As noted above, the country’s labor legislation established a limitation according to which the relatively guaranteed part should constitute at least 75% of the average salary. In this case, it testifies to the non-market nature of the established legislative norm.

Given the contractual nature of the “Salary” category, there is every reason to argue that the establishment of such criteria should be collective-contractual in nature. In other words, it seems more justified that such limitations should be reflected in sectoral agreements on social partnership as a result of reaching appropriate agreements between partners. In addition, such agreements can reflect almost all the most important parameters of remuneration.