The entrepreneurs have special personal characters which are different compared to the public human characters. The purpose of this study is to identify the important character that should be owned by university students who intend to create a new business.

Population of the study was students from Accounting Department, Electrical Engineering and Civil Engineering who are studying at the State Polytechnic of Malang and following Student Entrepreneurial Program. The study used judgement sampling technique to select the respondent and the data collected through questionnaires distribution. Then, the data were analysed using Factor Analysis and Cluster Analysis. 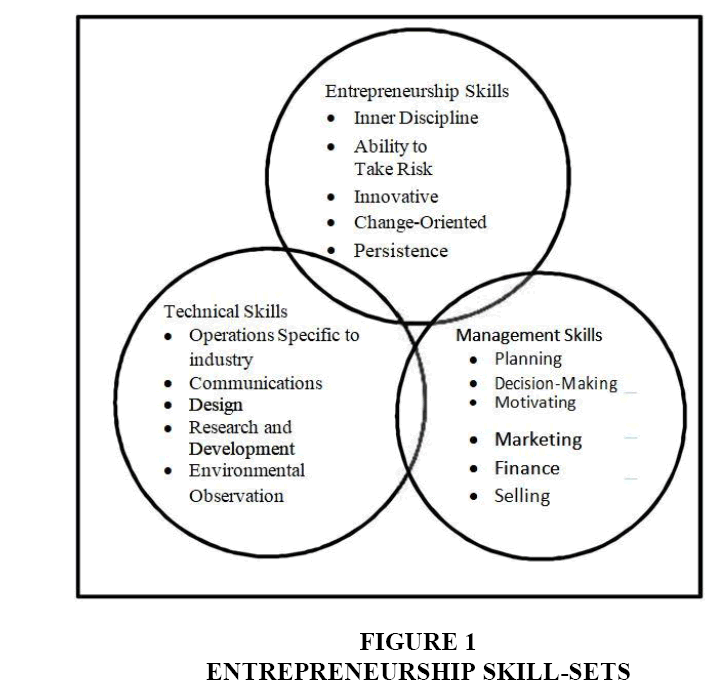 Based on the above explanation, entrepreneurship education and training is needed to develop an individual skill before choosing a profession as an entrepreneur.

Entrepreneurs often face uncertain business conditions, so that entrepreneurial activities are related with risk. Therefore, the risk taking propensity is very important for the individual who will create a new business. Kuip and Verheul (2003) stated that the risk taking propensity is willingness to take risks when doing certain activities and the possibility of success is less than 100%. Then, Zimmerer, Scarboroug & Wilson (2008) stated that entrepreneurs are not people who take risks blindly, but people who take calculated risks. Thus, someone who is willing to risk tend not to be afraid to face or bear the risk, but not a too low or too high risk taker.

Risk taking propensity is a trait that differentiates business founder and not business founder (Begley, 1995). Researcher, Luthje & Franke (2003) suggested that students who are willing to take risks and feel able to control events in their lives have a more appreciative attitude towards the establishment of own business.

Agus Bastian argued that entrepreneur must be creative. Without the creativity, he is not a true entrepreneur, but merely as an ordinary merchant (Wibowo, 2011) and creativity essential for an individual who chooses an entrepreneurial profession (Birdthistle, 2008).

The population consisted of students from Accounting Department, Electrical Engineering and Civil Engineering who are studying at the State Polytechnic of Malang and following Student Entrepreneurial Program in 2015 and 2016, amount 220 students. Sampling technique used judgement sampling technique, sample criteria is students who following Student Entrepreneurial Program in 2015. Determination of sample size used Slovin method. The sample sizes are 90 students. Data collection method was questionnaires, responses were put in 5-level likert scale with 1 represents strongly disagree, 2 for disagree, 3 for moderately agree, 4 for agree and 5 for strongly agree. Data was analysed using factor analysis and cluster analysis.

This current study examines entrepreneurial skills, especially student’s entrepreneurial characteristics that include the characters: An internal locus of control, need for achievement, risk taking propensity, creativity, social networking and tolerance for ambiguity. The results of analysis showed that the six of research variables correlated, with correlation coefficient values ranging from 0.128 to 0.697. Critical Correlation coefficient of 0.207. So, the results of the analysis can be interpreted that most of the correlation between variables significant.

Furthermore, the value of KMO Measure of Sampling Adequacy of 0.727 and Bartlett's test of Sphericity is significant at the 0.000 level. These results indicate that the correlation between the variables is significant (Hair et al., 2010) (Table 1).

The value of MSA in each variable ranging from 0.670 to 0.874. These results provide evidence that all variables have strong relation and can be further analysed (Table 2).

Then, variables were use as inputs in the cluster analysis by the Ward method. The selection of the clusters’ number was established both in the dendrogram’s observation and coefficient. Table 5 shows the determination of the number of cluster. The result of coefficient change at 89th stage is 57.6%, so it will give recommendation of cluster forming as much as 2 clusters and the number of member of first cluster is 51 and for second cluster is 39.

Table 7 shows the results of ANOVA analysis, significant differences from both groups explained by the internal locus of control, risk taking propensity and tolerance for ambiguity.

There are two groups of students. The first group gives more value to internal locus of control, risk taking propensity and tolerancy for ambiguity. These three main characters are also reflective of one another. This means that if one of the characters can be formed properly it will be able to strengthen the other two characters. Thus, the first group students who have characters of internal locus of control, risk taking propensity and tolerance for ambiguity more potential to establish a new business. These means that creating new business need an individual who willing hard work, willing to bear the risk and more flexible toward uncertainty. These finding is supporting previous studies. Luthje & Franke (2003) argued that students who are willing to take risks and feel able to control the events in their lives have more respect for the establishment of their own businesses; Othman & Ishak (2009) suggested that an individual with belief in an internal locus of control motivated to choose entrepreneurship careers; Begley (1995) stated that risk taking propensity is a trait that distinguishes business founder and not business founder; Yusof et al. (2007) stated that tolerance for ambiguity is related to the individual's tendency towards entrepreneurship.

To become an entrepreneur, an individual must have three skill groups, namely entrepreneurship skills, management skills and technical skills (Cooney, 2012). The results of this study proved that students of Polytechnic State of Malang to become an entrepreneur must have three groups of skills mentioned above. Especially for entrepreneurship skills group, which must be owned by students are internal locus of control, risk taking propensity and tolerance for ambiguity. Whereas, three personal characters such as creativity, social networking and need for achievement needed to develop undergoing business.

Bygrave, W.D. (1989). The entrepreneurship paradigm (I): A philosophical look at its research methodologies. Entrepreneurship Theory and Practice, 14, 7-26.

Gartner, B.W. (1989). Who is an entrepreneurs? Is the wrong question. University of Baltimore Educational Foundation.

Kusmintarti, A., Asdani, A. & Riwajanti, N.I. (2017). The relationship between creativity, entrepreneurial attitude and entrepreneurial intention. International Journal of Trade and Global Markets, 10(1).

Luthje, C. & Franke N. (2003). The ‘making’ of an entrepreneur: Testing a model of entrepreneurial intent among engineering students at MIT. R&D Management, 33(2).