Fraud is increasingly prevalent in Indonesia in both the government and private sectors. Fraud can be interpreted as an action taken by someone with the aim of benefiting themselves or a certain group that can cause harm to those around, both in terms of material, good name, and so on. Association of Certified Fraud Examiners (ACFE) through Report to the Nation on Occupational Fraud and Abuse 2018 describes fraud in the form of a fraud tree that consists of three main branches, including corruption, misuse of assets and fraud in financial reporting. National Policy Committee Governance aor KNKG (2008) states that whistleblowing is a reporting of violations against the law, unethical acts or other actions that only benefit oneself or a certain group that result in harm to others. Whistleblowing reporting can be done by employee of the organization, whether active or not, regarding anoffense, illegal or immoral act to parties inside or outside the organization.( Kreshastuti, 2014). Reporting suspected fraud is usually submitted by a whistleblower. Whistleblowers can be defined as people who know about suspected fraud and report it. In becoming a whistleblower, witnesses must meet two criteria. First, whistleblowers submit or disclose reports to the competent authorities or the public mass media. Second, a whistleblower is an 'insider', that is, a person who reveals the alleged crime that occurred at the place he worked (Samendawai et al., 2011). One of the parties that has the potential to become a whistleblower is an employee (Annisa, 2018). The statement was also supported by survey data presented byACFEregarding parties who normally become whistleblowers (Figure 1). 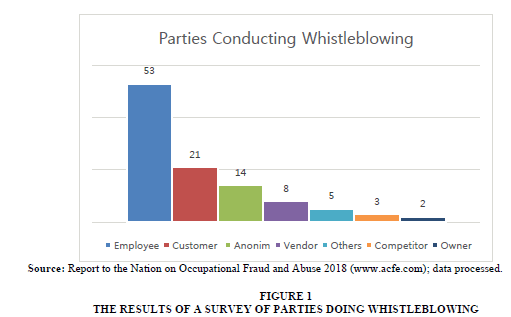 Figure 1: The Results Of A Survey Of Parties Doing Whistleblowing.

Fraud that often occurs in Indonesia is corruption, this statement is supported by the Corruption Perception Index (IPK) in 2018 published by Transparency International in January 2018 where Indonesia ranks 89th out of 180 countries measured by 38 in the vulnerable 0 means very corrupt to 100 means very clean (Institute For Criminal Justice Reform, 2017). For that, being a whistleblower is not easy, it takes courage in investigating this fraud. There is a need for research that examines the concept of planned behavior theory which states that the behavior or action taken by someone arises because of the desire or intention that drives it. Intention is a determinant of a person's decision to realize or not realize an act of behavior (Zulaikha et al., 2020; Sulistomo & Prastiwi, 2012). This research also uses prosocial organizational behavior theory or social behavior theory that stated by Brief & Motowidlo (1986) . This theory is the behavior of an organization member to his organization with the aim of improving welfare, both to individual, group and organizatio (Brief and Motowidlo, 1986). This social behavior can be interpreted as behavior carried out with the aim of having a positive impact on oneself and organizational groups without expecting rewards or taking profits.

Previous literature used prosocial organizational behavior theory as a theory that support whistleblowing because Brief and Motowidlo (1986) condend that whistleblowing is a form of prosocial organizational behavior, and is also supported byDozier & Miceli (1985) and Samendawai et al. (2011) stating that whistleblowing can be seen as prosocial behavior. Related research whistle blowing has done a lot, but still shows inconsistent results. Many factors on whistleblowing behavior used by previous researchers, but in this study only took a few variables, namely attitude, subjective norm, perceived behavioral control, professional commitment and organizational commitment. Attitude is an assessment of an individual on how agree or disagree the individual is to a certain behavior or action (Park & Blenkinsopp, 2009). This attitude is determined by beliefs about the consequences of a behavior or commonly called behavioral beliefs (Ajzen, 2005). The higher the attitude towards whistleblowing, the intention to do whistleblowing will be higher. This is in line with the results of the study Parianti et al., (2016), Ponnu et al. (2008), and Winardi (2013) which show that attitude has a positive effect on whistleblowing intentions:

H1: Attitude has a positive impact on intention to influence whistleblowing.

Subjective norm are a person perception of how people who are important to him will think of the behavior that will be carried out by the person concerned, which is determined by normative beliefs (Ajzen, 2005). Subjective norms refer to perceived social pressure perceived to do or not do behavior (Bagustianto & Nurkholis, 2017). The higher the subjective norm of whistleblowing, the intention to do whistleblowing will be higher. This is in line with research conducted by Annisa (2018),Zakaria et al. (2016), Parianti, et al (2016) which show that subjective norm positive impact on whistleblowing intentions.

H3: Behavioral control perception has a positive effect on intention to influence whistleblowing.

Professional commitment as a relative strength of the involvement of individuals in a profession including the acceptance and confidence of individuals in the values of the profession, as well as the desire to maintain membership of the profession (Aranya & Barracks, 1981Nugraha, 2017). This is in line with research conducted by Putra & Wirasedana (2017), Urumsah et al. (2018)and Setiawan (2018) which shows that professional commitment positive impact on whistleblowing intentions.

This research is an associative research, in which research is carried out with the aim to determine the effect of two or more variables with a quantitative approach. The research data uses primary data in the form of distributing questionnaires to the public sector employees of Semarang regency's finance section. The sampling technique in this study uses conviniance sampling which is a way of taking sampling as a collection of information from members of the population that is easily obtained and able to distinguish that information.

Data collection techniques in this study were carried out by distributing questionnaires to a predetermined sample. Data analysis technique in this research used descriptive statistical analysis and inferential statistical analysis. Hypothesis testing uses multiple regression analysis with partial test. Classical assumption testing is done before testing the hypothesis with the aim of giving good results meeting the BLUE (Best Linear Unlimited Estimate) criteria. This study uses a model with the following formula:

In equation model 1 is used to determine the effect of the relationship of S, NS, PKP, KP, KO on IW

In the equation 2 model is used to determine the effect of the relationship of PKP, IW to PW.

Lastly, in examining the effect of intention on whistleblowing behavior, the results showed that the intention no effect on whistleblowing behavior. This provides evidence that empirically, intention someone does not significantly influence someone's behavior to do whistleblowing. Theory of planned behavior proposed as a grand theory in this study was not able to explain the relationship between intention and individual behavior for whistleblowing. Theory of planned behavior expressed by Ajzen (1985) stated that the intention of the individual is the first step to detect whether someone will do the action or not. This research has not been able to prove that whistleblowing intention can make an individual take a whistleblowing action. The phenomenon that occurs proves that respondents have not dared to disclose fraud, respondents only have the intention to report fraud but do not have the courage to report the fraud. This is still related to some of the problems expressed in the gap phenomenon in the field, wherewhistleblowers have some worries when they have to count on fraud such as fear of not being seen as protecting the good name of the organization, being ostracized by coworkers, lack of protection, and so on.

Institute For Criminal Justice Reform. (2017). Daud Ndakularak: Whistleblower/Corruption Reporter in NTT who was Threatened by Crime. Retrieved from https://icjr.or.id/daud-ndakularak-whistleblowerpelapor-korupsi-di-ntt-yang-diancam-pidana/

Sulistomo, A., & Prastiwi, A. (2012). Accounting students' perceptions of disclosure of fraud. Diponegoro University, 1–28.

Suryono, E., & Chariri, A. (2016). Attitudes, Subjective Norms, and Intentions of Civil Servants to Complain on Violations (Whistle-Blowing). Indonesian Journal of Accounting and Finance, 13 (1), 102–116.