The Profit Motive and the Enabling Environment for Growth of Survivalist Township Entrepreneurship: A Study at A Township in Cape Town

Statement of the Problem and Research Objectives

Survivalist Entrepreneurs and the Profit Motive

Interest in Micro, Medium and Medium Enterprises (MSMEs) is growing worldwide. Many countries including South Africa are doubling their efforts in promoting MSMEs. Even though notable initiatives have been undertaken to strengthen small businesses in South Africa, the MSMEs sector remains troubled with high failure rate, stagnancy and decline (Small Enterprises Development Agency [SEDA], 2019). Kepar (2000) noted that in many industrialized nations, there is greater recognition of the role of MSMEs in economic prosperity. Echoing the same view, South Africa. Department of Small Business Development [DSBD] (2020) posited that small businesses have the capacity to reduce unemployment, growth the Gross Domestic Product (GDP) of South Africa and ensure economic prosperity. This scenario provides a solid background for the need to essentially unravel the motives that drive survivalist entrepreneurial ventures. In an exposition of the nature of business motives, Diener (2016) stresses that despite the importance of pursuing the profit motive, businesses are restricted by legal, societal and ethical virtues that prevails in the business environment. Earlier, noted controversy in what drives entrepreneurs and the motives that they pursue and emphasizes that some entrepreneurs follow ego motives while others simply engage in business just to survive for the day. Some sections of the literature seem to study the motives of entrepreneurs from the Corporate Social Responsibility (CSR) framework. In particular, Garst et al. (2017) noted arguments in CSR scholarship emphasizing that enterprises follow societal, ethical, legal and economic motives and in doing so, profit tend to arise inevitably. These arguments seem to indicate that where the profit motive drive business, it may not be realized unless societal, legal and ethical dictates of a society are adhered. On the other side, pursuing legal, societal and ethical motives is likely to generate profit. These arguments are essential in framing out the operations of survivalist entrepreneurs scattered around many South African townships.

The Enabling Environment for Survivalist Entrepreneurs

The study of survivalist entrepreneurs can be viewed from many theoretical frameworks just like most business phenomena. Bandura’s (2001) social theory as well as Locke and Lathama’s goal setting theories offer important propositions which which applied to survivalist entrepreneurs increases deeper understanding and meaning. Iwu et al.(2016) also commented that these theories offer greater insights on the nature of survivalist businesses. In terms of Locke and Latham’s (2006) theory, goals determine how actions and the intensity of those actions. In the same way, one can claim that survivalist entrepreneurs lack strong profit related goals to drive their growth and so remain on the survivalist level. Iwu et al. (2016) echoed the goal setting theory when they argued that goals determine performance depending on their nature. Goals serve as standards of self-satisfaction with harder goals demanding higher accomplishment in order to attain self-satisfaction than easy goals (Locke, 1995). In terms of Bandura’s (2001) self efficay theory, individuals achieve based on the strengths of their self-belief as well as the need to attain a socially favourable condition. As such entrepreneurs are likely to pursue the profit motive if they recognise it’s worthy and have the will to attain it.

In their critical discussion of research paradigms, Karatas-Özkan and Murphy (2010) impressed that all social enquiry emanate from certain key philosophical positions which guide the whole design. In concurrence, Creswell and Creswell (2018) echoed the same views and posit that researches adhere to certain worldviews or ontological and epistemological assumptions which shape the way they conduct a research. Major research traditions have been associated with the objectivist and subjectivist research paradigms as well as the pragmatic research paradigm that has often advocated for organic research procedures involving mixed designs. This study aimed to collect data on the business motives of survivalist entrepreneurs as well as their perceptions on the suitability of the environment for the attainment of their goals. A quantitative social survey design based on self-rating was considered appropriate for the collection of data on the business motive of the survivalist entrepreneurs. The self-rating system used almost resembled Likert items to gauge level of agreement of respondents. The Covid-19 pandemic has presented restrictions in the manner in which data collection can proceed. Therefore an electronic social survey was deemed suitable in these situations as it honoured the objectives of the study as well as ensured the collection of data in line with lockdown restriction guidelines which prohibited face to face interactions. The data collection instrument was a self-rater chart which was designed based on the literature review that was conducted earlier. Convenience sampling was adopted for the selection of a township from which survivalist entrepreneurs could be conducted to provide data. The data was collected from survivalist township entrepreneurs operating in the township where the researcher resides in Cape Town.  In order to identify respondents, a social media group of an association of all the micro entrepreneurs operating in the township was joined and the researcher introduced the study to the group members after which those who were willing to participate in the study were later conducted individually by email. The group was composed on one hundred and thirty five (135) micro entrepreneurs and eighty of them successfully participated in the study 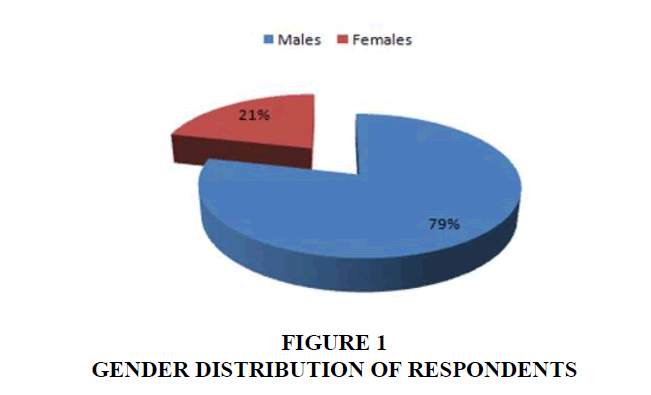 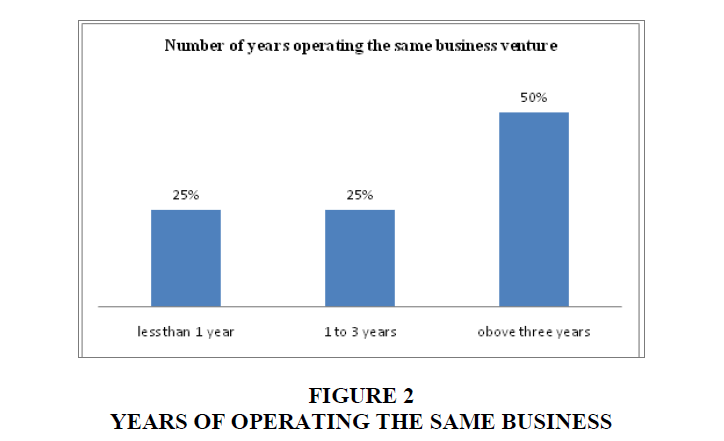 The survivalist nature of the entrepreneurs was evident as half of them have been operating the same business venture without growth for above three (3) years. In other word, they have not grown and reflected the same business size for more than 3 years. 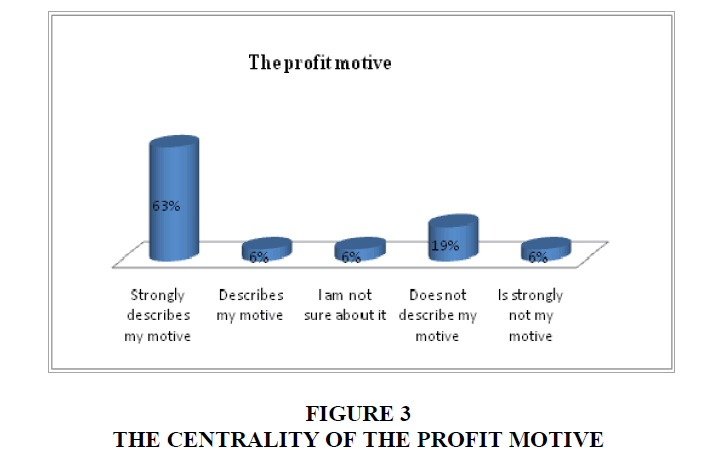 Figure 3: The Centrality Of The Profit Motive 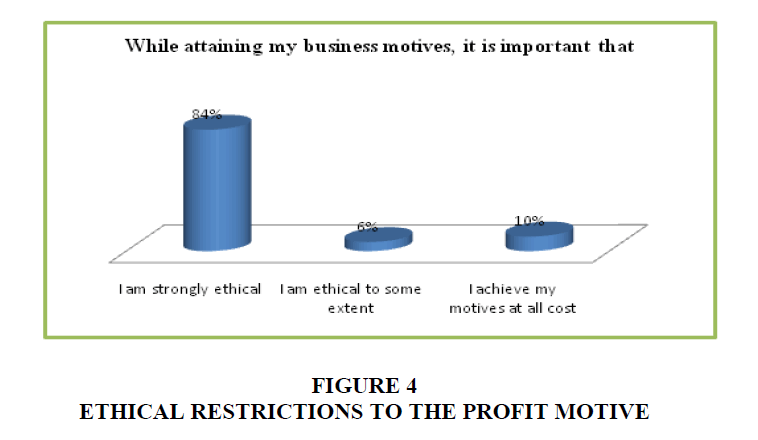 The consideration of other societal restrictions in the ventures of the survivalist entrepreneurs who participated in this study was evident as shown in Figure 5. A significant percentage (63%) of the eighty respondents mentioned that they responded to societal needs, problems and expectations as they conducted their business activities. Furthermore, twenty five percent (25%) felt that they are destructed by the societal activities in pursuance of the profit motive 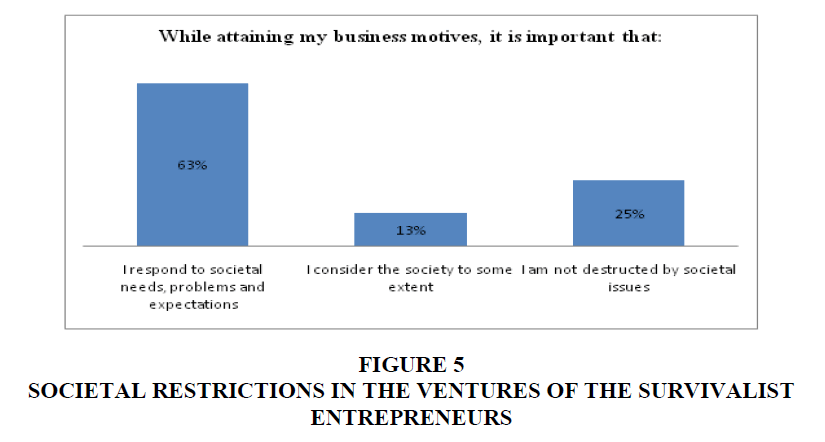 Figure 5: Societal Restrictions In The Ventures Of The Survivalist Entrepreneurs

The results above seem to suggest that survivalist entrepreneurs pursue the profit motive predominantly while at the same time ensuring special adherence to certain ethical and societal virtues. It should be presumed that the profit motive should propel the growth of survivalist entrepreneurs provided that the operational environment is supportive and favorable. As such, it was essential for the study to make an assessment of the operational environment as shown on the coding chart presented below as Table 2.

Figure 6 is a pictorial representation of Table 2. In terms of support from the government, the respondents strongly felt that this was inadequate (38%). These results echo those of Ranyane (2015) whose study found that survivalist entrepreneurs suffer from limited support from government institutions and recommended that the government should create institutions and policies to smoothen the registration, financing and operation of survivalist entrepreneurs. Most of the survivalists (44%) were indifferent on their access to technology. They were not sure whether it was good or bad. This seems to be consistent with Lose and Kapondoro’s (2020) findings that technological adoption among small businesses and entrepreneurs seem to be in its early adoption and persuasion stage. It actually seems that the survivalist entrepreneurs have limited appreciation of the essentially of technology in growing their businesses. 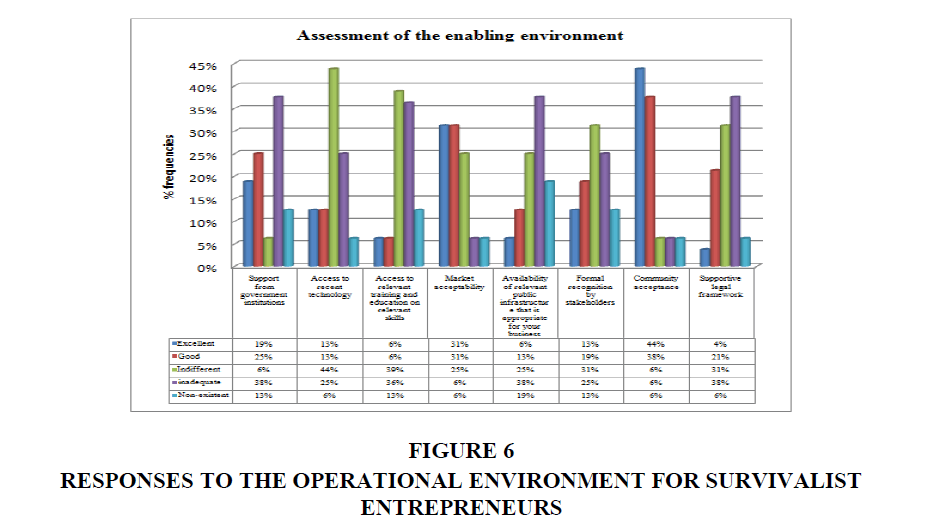 Figure 6: Responses To The Operational Environment For Survivalist Entrepreneurs

Future research may need to inquire into the ethnic dimension of survivalist entrepreneurship in South Africa and establish its implication on the transition from micro to medium sized enterprises. These study referred to the goal setting theory and the social theory in interpreting the literature review, future studies may focus on other theories such as the cultural theory or the systems theory.

Kepar, A. (2000). Failing or not aiming to grow? Manufacturing MSMEs and their contribution to employment growth in South Africa. TIPS: Johannesburg.

Simpeh, K.N. (2011). Entrepreneurship theories and Empirical research: A Summary Review of the Literature. European Journal of Business and Management, 3(6), 1-8.