The Untapped Force Of Women Leadership: The Progress

Leadership is an art and a science that is creative, propelling and disciplined; Leadership underlines relationships at work and in organizations and involves the acceptances of responsibility (Capezio and Morehouse, 1997; Amabile & Khaire, 2008). Further, Ross and Oferman (1997) found that transformational leadership was positively related to levels of pragmatism, nurturance, and feminine attributes, and Adler (2000) felt that in view of changes in leadership roles and organizational practices, female leaders have come to symbolize a new type of leadership that connotes greater effectiveness and synergy than leadership of the past. Appointments of women in leadership roles signal an organizationâ??s departure from past practices and help it to capture the symbols of innovation and progressive change. Many female executives believe that they must meet a higher standard of performance than their male counterparts. In order for women to approach the highest level, women are expected to have more strength and fewer faults than their male counterparts. Additionally, most women in executive roles feel that developing a style with which male managers are comfortable is critical (Graves & Elsass, 2005). Because of gender roles, women on the rise in organization must make crucial choices. Women must question whether they should strive to beat men at their own game or develop and value alternative leadership styles of their own. However, the quest here, are there constraints to tap on the feminine human capital? What is the status quo of women leaders in organizations?

Women account for half (1/2) of the workforce, but in executive suites they only represent one tenth (1/10) of men, this ratio has little changed since “glass- ceiling” was coined to describe barriers preventing women getting to the top. Actually, Devillard, Hunt, & Yee (2018) report that based on the “Women in the Workplace 2017” study, conducted with LeanIn.Org and one of the largest of its kind, “almost 50 percent of men think that it is sufficient when just one in ten senior leaders in their company is a woman. One-third of women agree” (Para 2). Nevertheless, a growing number of companies have become convinced that more women in the top ladder makes up a good business, they are better in team-building and communication.

Furthermore, according to McKinsey Analysis (Devillard, Hunt, & Yee, 2018), the latest statistics about the share of women in G-20 countries, show that although progress has occurred during the years, it remains too slow. In 2017, on average, women accounted for 17 percent of corporate-board members and 12 percent of executive-committee members in the top 50 listed G-20 companies (see Figure 1). 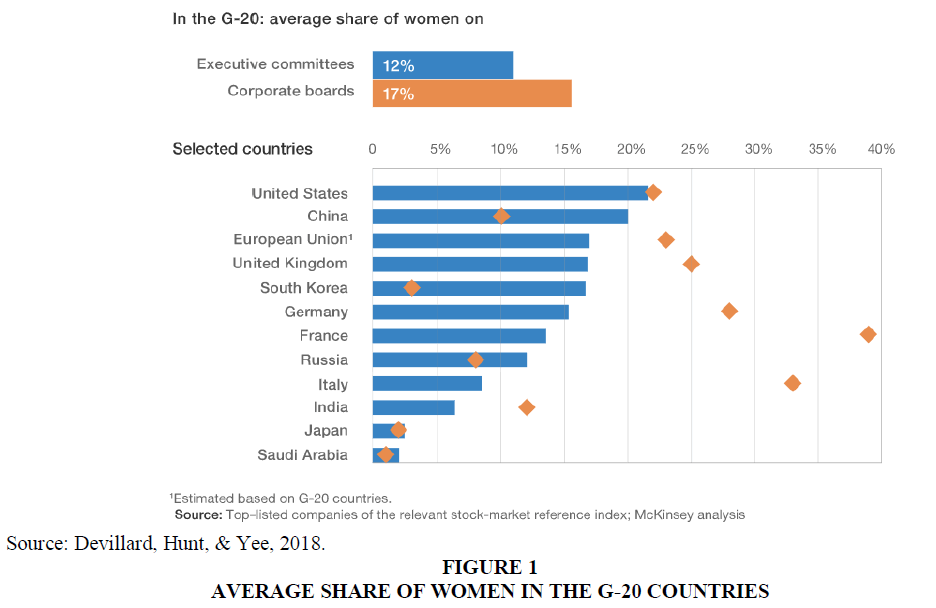 Figure 1 Average Share of Women in the G-20 Countries

One popular belief is that women tend to shift from paid labor to have children and stay domestic (Hejase et al., 2020). It is not always the case, most career-minded women are ambitious to get back to work and do top jobs as men. In Fact, women are the fastest growing sector of most companies’ customer and talent base (German consulting company) whereby,

• Women will own 60% of the country’s financial wealth

Consequently, to capture talent and customer base, company leaders must understand the feminine perspective, they should have women on top leadership teams. The aforementioned step is not easy with the existence of barriers that prevent women to reach top management positions including (Hejase & Nohra, 2017):

• Perception and evaluation of women leaders

• For female international managers with children

An unofficial barrier to opportunities within an organization which is perceived to prevent protected classes of workers, particularly women, from advancing to higher positions. Marilyn Loden (BBC, 2017) coined the term "glass ceiling" to refer to the sometimes-invisible barrier to success that many women come up against in their careers. Management consultant.

The Days to Come

Women do not approach business the same way that men do. Business for men is a game, and there are rules to winning. To become a player in the world of business, women have to know the prevailing rules that men play by – not because they must follow them, but because they need to understand the playing field even if they eventually choose to make up their own game. Actually, Kabeer (2012) encourages that “women entrepreneurs, having social networks of their own can help to counter some of the old boys’ networks that have served to marginalize them in the past or to compensate for gender-specific deficits in family-related networks” (p. 48). Therefore, women have to stop deciding that there are skills that they could never be good at. For, unless women start believing in themselves, they will never get other people to believe in them (Hejase et al., 2013).

Success today requires organizations to best utilize the talent available to them, irrespective of the gender. Accordingly, to be able to use that talent, barriers to upward mobility for women need to be removed. Such barriers are represented in the discrimination against women in the workplace when it comes to promotion, salary, and advancement opportunity to higher level managerial positions. And this in turn is causing firms to underutilize a significant part of their work force, resulting in the loss of millions of dollars annually. To avoid losses, management must create an environment of psychological safety, convincing people that they will not be humiliated, much less punished, if they speak up with ideas, questions, or concerns, or make mistakes. (Garvin, Edmondson, & Gino, 2008).

According to Warner, Ellmann, & Boesch (2018), although women hold almost 52 percent of all management- and professional-level jobs, 7 American women lag substantially behind men in terms of their representation in leadership positions. Furthermore, in the legal profession, they are only 22.7 percent of partners and 19 percent of equity partners. In medicine, they represent only 16 percent of permanent medical school deans. In academia, they are only 32 percent of full professors and 30 percent of college presidents. In the financial services industry, they are only 12.5 percent of chief financial officers in Fortune 500 companies. And, in recent decades, women’s overall gains have slowed. In fact, in the 1990s and 2000s, the narrowing of the gender wage gap decelerated, and the percentage of women in management jobs stagnated. And in recent years, the percentage of women in top management positions and on corporate boards has stalled.

According to Catalyst (2020a), eighty-seven percent of global mid-market companies have at least one woman in a senior management role in 2020. Eventually, women are over-represented in support functions like administration, while men tend to be concentrated in operations, profit and loss, and research and development—all viewed as critical experiences for CEO and board-level positions. And in 2020, 40% of human resources directors are women, compared to 17% of chief marketing officers and 16% of chief information officers. On the other hand, Table 1 depicts a global view.

However, though the view is positive, the higher up the corporate ladder, the fewer women are represented. A 2020 analysis by Mercer of over 1,100 organizations across the world found a leaky pipeline for women in leadership:

Since 1978, when the “glass ceiling” was defined, “women have closed the education gap, moved into non-traditional jobs at remarkably high rates, simultaneously managed families and challenging careers, and demonstrated their ability to innovate, inspire and manage effectively in every sector of the global workplace” (BBC, 2018). The aforementioned is stressed by Peter Bodin, global CEO, Grant Thornton International, by stating that, “To survive and thrive in today’s complex global environment, and organizations must drive culture change, embracing innovation and inclusion. Diversity is fundamental to the future-fit business.” (Ahmed, 2019). Then Toor (2019), used a different perspective which stresses the cultural view towards women’s leadership, but of mindful and conscious leadership, by stating, “every human being (professional, leader) needs an inner balance of both masculine and feminine values in order to feel whole and craft the best versions of themselves. Masculine values include resilience, independence, and being decisive, while feminine values include patience, humility, collaboration, and empathy, among others. Each set of values is, interestingly, gender agnostic in that you can have men leading with more feminine values, and equally, women leading with more masculine values.” (Para 2). In addition, Macky et al. (2015) research’s findings stress “the females’ balanced preference for output and emphasis on performance as well as the preference for processes, and on aesthetics; women are cofounders and co-shapers, but regretfully less appreciated.” (p. 11).

According to Ahmed (2019), the biggest barrier for both men and women had been the difficulty of finding time to improve their employment skills alongside core job responsibilities, with men identifying this as an issue more frequently than women. After job responsibilities, women cite being held back by a lack of access to developmental work opportunities – the factor showing the biggest imbalance between the genders. Restricted networking opportunities and caring responsibilities outside work are the next most likely hurdles for women to have overcome on their route to executive roles.

As for the priorities since 2019, Table 2 states some among others priorities that hold more sensitivity for organizations.

Toor, Bhavna. (2019). Mindful and Feminine: A New Paradigm of Leadership.