Ethics of Mufti in the Declaration of Fatwa According to Islam

Mufti is an individual who becomes the main reference of Muslim community regarding Islamic laws. Mufti also declares a fatwa when there is arising problem or confusion related to Islamic laws among the community. Therefore, fatwa is very essential in explaining the rules related to Islamic laws to the community. Due to the fact that fatwa is an explanation of law and it has its own authority, it is a must for a mufti to have his own ethics in declaring a fatwa so that the published fatwa aligns with the laws of Islam. However, a question rises among the community in which what is the form of ethics for a mufti in declaring a fatwa. Hence, to answer the question, this article has two main objectives. First, to explain the definition and function of a mufti. Second, to determine the ethics of a mufti in the declaration of fatwa. To achieve the two objectives, documentation method was performed. Documentation method was done to obtain data related to fatwa through books. The collected data used content analysis to clarify the ethics of a mufti in declaring the fatwa according to Islam. The findings of this study indicated that mufti is bound to the ethics in producing fatwa based on Islam. The ethics comprises of three levels which before, during and after a declaration of fatwa.

In accordance with the developing era, various new problems and confusions related to Islamic laws arise in the community. These problems and confusions are usually referred to the group with a high level of knowledge in fiqh. Therefore, it is a need to appoint an individual well-versed with fiqh knowledge to explain Islamic laws and problems regarding laws. Thus, a mufti is a person chosen among those with wide knowledge to produce fatwa (Kassan & Jamal, 2003; Khairuldin, 2010).

Literally, fatwa refers to the explanation of law problems explained by the knowledgeable person (Al-Fairuzabadi, 1987). From another aspect, there are several Islamic scholars who defined fatwa technically. According to Al-Zuhayli (2001), fatwa is an answer which comes from a mufti when there is a question posed to the mufti, according to the methods of producing fatwa lined by Islam. Meanwhile, Zaidan (2001), fatwa is an argument regarding Islamic laws. When there is a person asking about sharia laws, then the answer given by a mufti is considered as a fatwa. When the question asked to a mufti is not related to fatwa, the answer replied by the mufti to the question is not regarded as a fatwa. So, it is clear that a fatwa is an answer by a mufti to the question regarding sharia laws.

Referring to Ibrahim (1965), fatwa is also an important instrument to handle arising new problems among the community due to the problems which are not explained by al-Quran and al-Sunnah in details. Therefore, fatwa is a need to fulfil the need. As fatwa is an important instrument and mufti is an individual who has the authority to explain laws related to Islam, a mufti is definitely bound to several ethics which need to be fulfilled by a mufti in producing a fatwa.

This article used documentation method to get a clear picture of a mufti’s ethics in the declaration of fatwa. Classical and contemporary works were referred to complete the data collection for this study. Results from data collection were then analyzed using content analysis method. Content analysis was used to examine and explain the interpretations in the documents. According to Krippendorff (2004) and Yusof (2004), analysis of contents is a research technique by making conclusions systematically and objectively through data in the document form. The results of this analysis will explain the ethics of a mufti in producing a fatwa according to Islam.

Ethics derives from Greek word “ethos” which means behavior determined by attitude and custom (Daud, 1996). According to Fagothey (1972), ethics are something related to human action whether it is right or wrong, good or evil. Meanwhile, Spencer (1978) stated that ethics are actions leading to goodness such as justice and others.

In Islam, the concept of ethics is known as the concept of disposition which is the human behavior accepted as norm and does not contradict with the laws of Islam (Noh et al., 2015). According to Johari (2001), ethics are guidelines to determine good and bad behavior.

Meanwhile, according to Ibn Al-Qayyim (1990), a mufti acts as an announcer of Allah’s law decision in a certain matter through his ijtihad and fatwa (Khairuldin, 2018). Hence, a mufti has a dire function and role in the practice of making fatwa.

In particular, there are four main eligibility requirements agreed by most scholars in qualifying the government to appoint a person as mufti.

Firstly, Muslims: A mufti must be a Muslim who has full faith in Allah SWT, the Messenger of Allah and all the Islamic Shari'a brought by him. Therefore, non-Muslims are not eligible to be mufti (Zaidan, 2001; Al-Mallah, 2006).

Secondly, Mukallaf: Mukallaf means baligh, sensible and spared from the prohibition of syar'iyyah. Baligh set by syarak is at least 15 years old, while mindfulness is someone who has the ability to think perfectly (Zaidan, 2001).

Thirdly, Al-adalah: The Mufti is obliged to have al-attributes that are justly meaningful. A mufti who issued a fatwa should be honest in removing the Islamic law from certain naschets to mustafti or local communities. Fair also means mufti has a praiseworthy character and does not follow lust for issuing fatwa.

Fourthly, Mujtahid: which a person who is able to apply in religious law. Ijtihad intends to exert all efforts and energy in determining Islamic law (Zaidan, 2001).

Ethics of a Mufti in Fatwa Declaration

A mufti is bound to several ethics in fatwa production. These ethics of fatwa production aim to present mufti as an authorized individual to produce fatwa (Khairuldin et al., 2018; Muhammad, 2000). According to Ibn al-Qayyim (1990), a mufti should approach Allah so that a guidance of truth and lies would be bestowed upon him. According to Muhammad (2000), mufti should reset his intention which is to seek for Allah’s pleasure in producing fatwa. Besides that, according to Zaidan (2001), mufti should provide evidence and concrete reason for the produced fatwa. This is because usually fatwa is accepted when its reason and the purpose of its production are known.

In addition, a mufti must be ready to accept wholeheartedly by correcting the mistakes through fatwa making (Muhammad, 2000). A mufti should also hold to the produced fatwa even though it may ignite a fury among a part of community (al-Qardawi, 1995). A mufti should also concern to the custom, “uruf” and the life situation of the community at the time. This is to ensure that a mufti will be able to produce fatwa in accordance with reality of the community at the time (al-Qardawi, 1995). Declaration of fatwa according to the community life situation at the time is important because the fatwa produced will be practical. Mufti also should not produce fatwa in a rush without scrutinizing the question properly (Zaidan, 2001; Khairuldin et al., 2017). Bringing benefits or it could bring arguments. This condition will lead to harms for the community (al-Qardawi, 1995).

According to Jaya (2006) & Khairuldin et al. (2019), there are seven ethics of mufti in production of fatwa. First, a mufti must always concern of his appearance so that he will look neat according to sharia laws. Second, a mufti must behave properly in his action and speech as he is the role model of the community. Third, a mufti should purify his intention while explaining the laws. Fourth, a mufti must always practice the commandments and avoid the prohibitions. Fifth, a mufti should not produce fatwa when he is too furious, hungry, happy, sad and tired or when there is something that will cloud his mind to prevent any mistake in the law produced. Sixth, if there is anyone knowledgeable and expert in the field, the mufti should discuss with the person although he might be at the lower level than the mufti. Seventh, a mufti must keep confidential the secret of the asker that it would be harmful to the asker if the secret is revealed to others.

Mufti is an important figure to continue the legacy of fatwa declaration in Islam. Looking at the fact that fatwa is an important matter in explaining the sharia laws, the determination of fatwa should be performed with manner and carefully (Hasaballah, 1971). The spiritual factor is strongly present in Muslim daily life in general (Maksum, 2015). Hence, the practice of accurate ethics is a need of each mufti. According to previous analysis, ethics of mufti in fatwa production can be divided into three parts which are before, during and after the fatwa production process. Figure 1 explains the ethics of mufti in fatwa declaration: 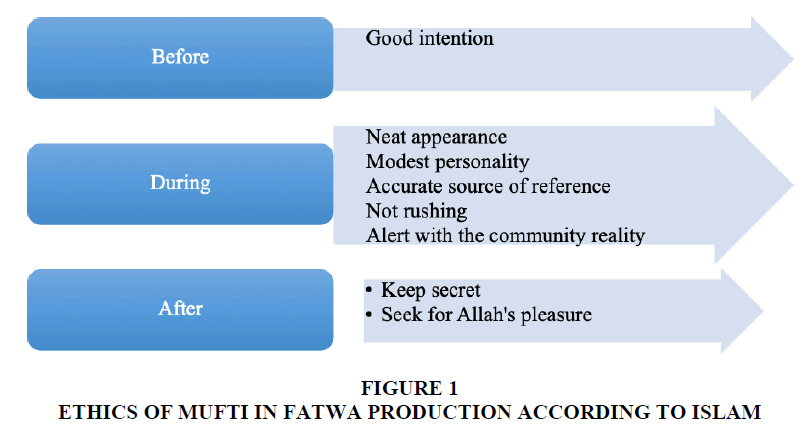 Figure 1 Ethics of Mufti in Fatwa Production According to Islam

Second, ethics of mufti during the fatwa production. There are at least five ethics which must be obeyed by the mufti. These ethics include the neat appearance and modest personality. The ignorance of these ethics will lead the fatwa produced to be influenced by personal factors of the mufti. Mufti also should look into accurate source of reference. In this matter, the knowledge ability of the mufti should be strengthened before producing a fatwa. Besides that, a mufti should not make haste the production of fatwa worrying that he does not understand the real situation of the existing problem.

Third, ethics of mufti after the fatwa production. After fatwa is declared, all the confidentiality of the fatwa seeker should be kept secret and not be revealed. If not, the credibility of the mufti is tarnished and it will bring bad effects to the institution of fatwa. Besides that, a mufti should hope for Allah’s pleasure after the accomplishment of task related to religion.

As a conclusion, fatwa and mufti are important elements in Islam. Therefore, a good fatwa is produced by a mufti according to ethics assigned including the ethics before, during and after the production of fatwa. Obedience to the ethics is hoped to secure a more accurate fatwa and solve the problems of local Muslim community.

This project was funded by the Special Research Grant Scheme (SRGS) from UniSZA (UniSZA/2017/SRGS/07). We would like to thank UniSZA for the financing provided.

Al-Mallah, H.M. (2006). The fatwa: A script that gave its development, its origins and applications. Beirut: Maktabah al-‘Ashriyah.

Al-Qardāwī, Y. (1995). The fatwa between the mandatory and the infect. Beirut: al-Maktab al-Islami.

Khairuldin, W.M.K.F.W. (2010). The fatwa of the manger of shekhal group in the book of the good pen. Unpublished Master Thesis. University of Malaya.