Examining the Effectiveness of the Throwing Reach Model in Disseminating Information

This paper examines the key elements of communicating with information receivers regarding how they change their behaviour. We share ideas and knowledge from the established model of the 'concentric circle model' and develop practical implications for the research field of science and communication. The 'concentric circle model' has been applied primarily to urban development research and the interdisciplinary discipline of economic geography and civil engineering. However, this fascinating model has never been adapted to the context of the social phenomenon of information transfer. This study aims to propose an analytical model for this purpose to show what methods effectively communicate information far and accurately to the target audience and stimulate them to change their behaviour. We propose our own "throwing reach model". This paper provides a unique discussion agenda for researchers in communication studies and has the potential to enhance the critical debate on the topics of technology, networks and information sharing.

This paper examines the key elements of communicating with information receivers regarding how they change their behaviour. We share ideas and knowledge from the established model of the 'concentric circle model', and we start our discussion by investigating the interactive reactions between information senders and receivers. The 'concentric circle model' has been applied primarily to urban development research, economic geography and civil engineering. However, this model has never been adapted to the context of the social phenomenon of information transfer which is a main theme of this study.

Discussion of an Information Propagation Model

Burgess (1923) proposed the ‘concentric circle model’ of urban land use and argued that the Central Business District (CBD), transitional areas, working-class residential areas, middleclass residential areas and commuter residential areas form concentric circles around a single centre. It is critical for us to learn from the wisdom of previous scholars. In urban economics, Hoyt's (1939) ‘fan-shaped model’ is also discussed in line with Burgess’ (1923) proposed model. This suggests that those models can be valuable tools for examining how information transmitted from a central location attenuates the information to be conveyed. Information has the content of gravity, strength and vector, and the price of land in the suburbs, shown in Figure 1, is determined by its distance from the city centre (Burgess, 1923). And in the light of the context of Burgess, it can be interpreted as "the amount of information is determined by the distance from the source of information". In other words, it is a metaphor that the further one is from the source of information, the amount of information reduced. 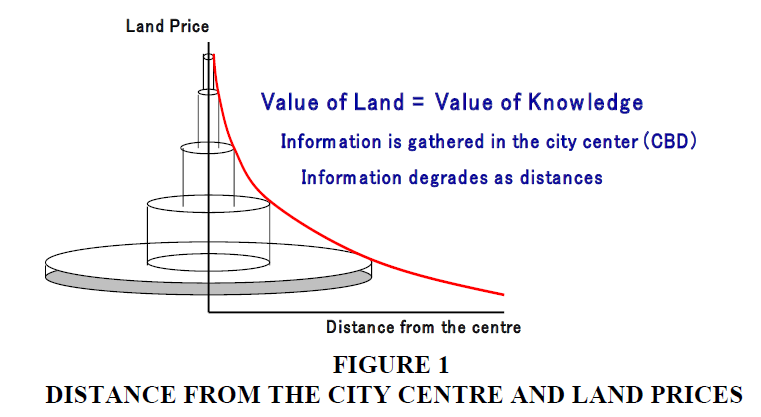 Figure 1 Distance From the City Centre and Land Prices

How to Influence Information Recipients

In terms of disseminating information to many people, it is assumed that information will spread in concentric circles. We believe that the transmitted information has a direction or vector. The energy of this information is inversely proportional to the square of the distance and decays, but it can influence others within a certain distance (Yamaoka & Oe, 2008). We call this the ‘threshold’ of information. If one receives higher energy than the threshold, excitation occurs, and the receiver is affected by the information. Fukada (1998) argues that communication is established when the information changes the receiver's thinking and behaviour, then fed back to the sender.

If the outgoing energy is constant, the condition for excitation is that the receiver is nearer than a certain distance. Then, if we want to activate the receiver when they are farther away, we can send out a large amount of information energy.

Suppose we want to obtain a particular quantitative result. In that case, we cannot expect the receiver's sensitivity to be high, and we are left with two options: placing the receiver within a certain distance or transmitting with reliable energy.

This research aims to contribute to the literature on the nature of in-depth communication between senders and receivers of messages, which is essential for realising various policy objectives. For instance, take the regeneration of local communities as an example of public sector policy investment. In a time of financial constraints, instead of investing large sums of money in implementing a policy, let us take the ‘nudge effect’ example. People are expected to change their behaviour. In this case, when proposing initiatives such as promoting recycling through separating recyclable waste, beautifying street corners, and encouraging the elderly to live alone. In the establishment of volunteer organisations to support vulnerable citizens, local government policymakers must send out clear messages and explicitly communicate their aims and intentions to citizens, who are the recipients of the information. This is critical in order to enact changes in behaviour.

In this discussion, we consider and contrast the action chain between the information transmitters and receivers who resonate and sympathise with them and constitute a cluster of actions. In terms of networks, Nagayama (2005) argued that in order to create innovation by transferring tacit knowledge such as Von Hippel's (1994) sticky information, they need to interact with each other to combine users with advanced needs (information seekers) and suppliers (information providers). Oe (2007) argued that face-to-face interactions between users (information seekers) with advanced needs and suppliers (holders of sticky information) are required to create innovation by transferring tacit knowledge because the proximity between them is critical for sharing sticky information. Oe and Yamaoka (2007) also demonstrated the importance of the existing social infrastructure as a catalyst in triggering a chain of action based on such trust-based information exchanges. These studies all suggest that the dense interaction between the parties, the accumulation of tacit knowledge, and the sharing of this knowledge, the public sector’s intervention and other stakeholders’ involvement and support are helpful in facilitating behavioural change.

In other words, it is hoped that effective information dissemination and action in the relationships between network actors in the local community can build sustainable communities based on interactions with mutual understanding and respect.

How to Transmit Information to a Farther Point

In Figure 2, we illustrated two conditions for influencing the receiver. The first condition is placing the receiver at a certain distance, as Nagayama (2005) argued for, a face-to-face, close, reliable interaction between the sender and the receiver. Second, there is a question of how to transmit with great energy. 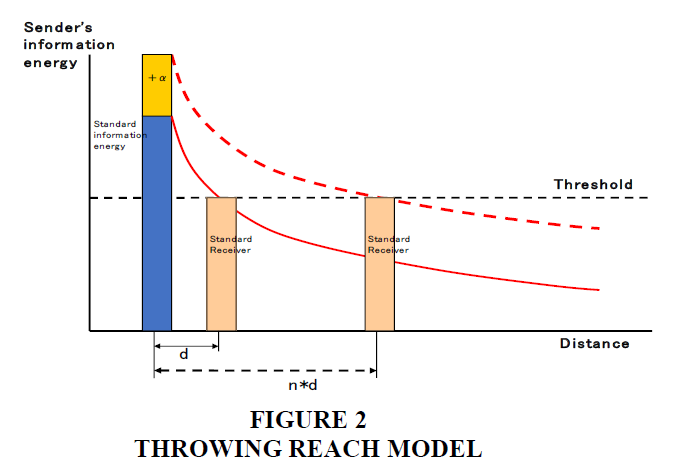 It is not easy to define the dimensions for this, but physical factors such as voice volume and the frequency of announcements could be relevant alternative measurements. With this in mind, we have implemented specific ideas into a practical model Figure 2 to explain the additional efforts best that information transmitters need to deliver messages to receivers, which can be used as a guide for relevant stakeholders.

Burgess (1923) and Hoyt (1939) discussed this theme in cities and land prices, but it can also be adapted into a model for the communications field. If information senders can transmit the next piece of information at the threshold of decaying information energy, they can reach recipients who are further away from the centre. This ability can be defined as human power (the focus of this research), which we called the ‘throwing reach model’.