Until now, research on personal branding is still relatively rare. Empirical evidence has found that early recruitment practices can be used to externally market brands (Collins & Stevens, 2002) and that personal branding has benefits in terms of increasing the quantity and quality of applicants (Collins & Han, 2004). Devos & Banaji (2005) states that the boundaries between the cultural groups are getting thinner, the more interaction, there will be mixing. Furthermore, Fischer & Smith (2006) stated that workers from different social cultures bring different careers and aspirations to their work. Workers are influenced differently by the perceptions of fairness depending on their value orientation (Fischer & Smith, 2006). The findings of some of these phenomenon’s are the author's reasons to investigate more deeply and also suspect that no researcher has yet examined the influence cultural competence to form personal brand of worker. Therefore, it is important to foster cultural competence for the workforce and knowledge of the similarities and differences of culture for the success of the company strategy.

In exploring the definition of values, the authors adopted three opinions of Rokeach (1973); Schwartz (1977); Hofstede (1984). The definition of value according to Rokeach (1973) is a relatively stable belief about the specific desired behavioural models and the more desirable circumstances personally and socially rather than the opposite or opposite model of behaviour or state of existence. Schwartz's values are classified into a number of motivational domains or value types consisting of dimensions of individualism versus collectivism. It appears that the type of value is assumed to represent the dimensions of individualistic values (power, achievement, hedonism, stimulus and self-direction), while some other types of values represent the dimensions of collective value (virtue, tradition, conformity) and the other types are considered to represent mixed interests (universalism, security).

Hofstede's view differs from Rokeach & Schwartz in classifying values and relating them to culture. According to Hofstede the value is a broad tendency to prefer or choose certain circumstances in comparison with others. Hofstede universally divides the dimensions of cultural values including individualism-collectivism, power distance, uncertainty avoidance and masculinity.

Lopez et al. (2002) states that cultural competence is a set of problem solving skills that include; the ability to recognize and understand the dynamics between heritage and the adaptation of cultural behaviour, the ability to use knowledge in understanding heritage and the challenges of adapting effective cultural judgments and internalization. As expressed by many studies, people of various nationalities typically hold diverse cognitive mechanisms influenced by national cultural norms, as antecedents of individual beliefs and values affect the behaviour of certain workers and intentions (Srite & Karahanna, 2006). Erdem & Swait (1998) describe the framework in countries representing different cultural dimensions and some differences between countries.

Aguirre & Rodriguez (2014) states that culture plays a role in the perception of private brands. Early empirical evidence suggests a positive relationship between the appropriateness of private brands and consumer brands across cultures, but the strongest relationship is moderated by cultural orientation (Lam et al., 2002). Aaker (1999) suggest that consumers in culturally different contexts identify brands with different personality traits. Lam et al. (2012) states that certain cultural orientations resonate with certain brand concepts, such as “unique”. Matzler et al. (2016) brand concept represents self-improvement, but does not describe openness. Rajagopal (2009) states some of the most important factors for a strong brand in a strategic position, one of which is cultural values. Many scholars have also examined the influence of cultural values on brand awareness and came to the conclusion that values have a significant influence (Paasovaara et al., 2012).

Bennett (1993) describes a series of entities to improve progress in terms of making agreements with different cultures, with an ethnocentric view of acceptance, adaptation and integration. Meanwhile, according to Gregory, Munch & Peterson (2002) is a value-attitude relationship. Roth (1995) in his hypothesis found that collectivism culture in considering brands that strengthen group membership and affiliations more interesting, while individualistic culture supports brands that strengthen their independence and provide individual satisfaction.

And I argue that cultural competence is the integration and transformation of knowledge about individuals and groups of people to standard specifications, policies, practices and attitudes used in appropriate cultural settings to improve service quality, resulting in better outcomes.

Personal branding has emerged from the application of marketing principles to the personnel recruitment field (Cable & Turban, 2001). Montoya & Vandehey (2003) said that personal branding is a process that will bring the person's unique skills, personalities and characteristics and then wrap it into an identity that has more power than competitors. Differentiate them and stand out from the crowd by identifying and articulating a unique value proposition, making it a platform with consistent messages and images to achieve specific goals. Enhance self-image (Aaker, 1999); Self-image can build behaviour (Morhart, 2009; Punjaisri, 2009); generating image values among employees (Lee, 2013).

In contrast to Arruda (2005), extract, express and exude. The dimensions are also different from McNally & Speak (2004); competencies, standards and styles each of which is interconnected and the key components incorporated into one that determines the strength of a personal branding is a distinctive brand, a relevant brand, a consistent brand. Aaker (1999) states that personal brand dimensions include; Sincerity (down-to-earth, honest, wholesome, cheerful), excitement (competent, reliable, intelligent, successful), sophistication (upper class, charming) and (ruggedness Outdoorsy, tough).

Further research as Labrecque et al. (2011) states that personal branding through the online media is strongly influenced by the values of one's self in providing an overview of what he expressed through the internet. An authentic personal brand reflects the moral code and behaviour of personal ambition and always has to deliver what is promising according to Rampersad (2009). In general, all external influences tend to operate through the internal cognition of individuals (Malhotra & Galletta, 2005).

Some dimensions of private brands that have the same meaning in Japan and America such as: Sincerity, excitement, competence and sophistication (Schwartz, 2012). Research that supports particular cultural orientation is filled with the concept of personal brand, such as uniqueness, something abstract related to the brand (Torelli et al., 2012). Triandis (1989) states “the vertical individualist” like a brand concept that displays self-enhancement but does not display openness. More specifically, they explore differences in brands as signalling ways of operating in countries and linking those differences to the cultural orientation of consumers. Previous research has also shown the relationship of brand selection to several cultural dimensions (Cray & Mallory, 1998). Hofstede (1984) had identified three aspects culture of the value system that is assembled with a personal brand namely, collectivism/individualism, uncertainty avoidance and power distance, value-attitude relationships (Peterson et al., 2007). 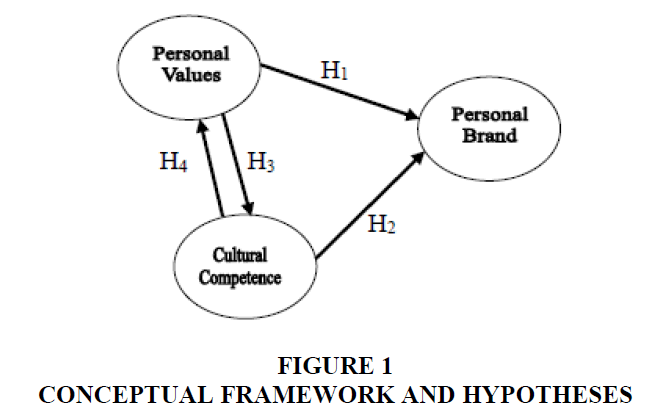 Figure 1.The ranking of strategic management tools and techniques

Researcher determines the source data criteria in this study are as follows:

2. Foreign capital companies in this study are manufacturing companies.

3. The number of workers employed in the company is not less than 200 workers, including at least 5 foreign workers and called expatriates.

4. Foreign workers in this study are expatriates from Japan, Korea and China.

5. Expatriates and local workers working at the operational level.

Based on some predetermined criteria, the sample can be done as follows: The number of foreign capital companies is 299 that fit the criteria are as many as 30 foreign capital companies engaged in manufacturing with a total workforce of 12,165 people. Because in this research the sample is labour in operational level, hence based on data of labour at operational level is 1,496 people consisting of expatriates as much 124 people and local workforce as much 1,372 people. So the size of the sample is too large, can be taken 10%-15% depending on the ability of researchers viewed from time and the size of the risk borne by researchers. Based on these welds, the researchers determine the number of samples by 10% from 1.496 or 149.6 rounded to 150 people. Thereby 30 companies were taken randomly 5 people in each company. Sum of expatriates (Korea, Japan and China) are 75 and local employees 75. From 20 chemical industries and 10 steel industries located in Banten Province.

Workers who have been observed as participant (n=150): Korean 16.7%=25, Japanese 16.7%=25, Chinese 16.7%=25 and Indonesian 50%=75, were asked to complete the questionnaire. And given a number criterion (Korean, Japanese, Chinese and Indonesian). Participants involved at this stage in the data collection process reflected a cross section of workers from a number of functional areas on site. Participants were asked to indicate their agreement with each of the 19 items included in personal branding perception questionnaire was assessed using a 5-point Likert scale (1=worse and 5=excellent) for personal values and cultural competence, (1=lowest and 5=highest) for personal brand. A questionnaire was designed to assess worker personal branding towards self-confidence. The researcher examined the internal scale reliability of the self-confidence questionnaire and the scale was found to have good internal consistency Using SPSS 20 version to examine n=150, significant level 5% and t-table=1.968 and dimension of constructs are as showed in Table 1.

This research was conducted to answer the research question. Where the hypothesis assume that good personal value and good cultural competence increases personal brand (H1, H2). The descriptive analysis results of local’s personal values was higher than expatriates and expatriate’s both cultural competence and personal brand were significant higher than locals. Detailed descriptive results are shown in Table 2.

Using SPSS 20 version to explore the measured variables of this research. Three factors, with a cut-off factor loading of 5% and the Cronbach’s alpha exceeded the threshold value of 0.6, confirming the high reliability of results and. Factors analysis was conducted using a principal components factor analysis with varimax rotation and Kaiser-Meyer-Olkin (KMO). The eigenvalue greater than 1, explaining 62.05% for expatriates and 70.81% for locals of the variance of the constructs scale. Table 3 presents 3 factors, i.e., the Personal Values (PV), Cultural Competence (CC) and Personal Brand (PB).

Table 4 below demonstrates determine the partial effect of each dimension, with each n=75 (expatriates) and local employees n=75 and the number of variables is 2 independent variables and 1 dependent variable, the dimension is as a variable, then the t-table is 1.968 for n=150. Using a significance level of 0.05, the result shown that all dimensions both expatriates and local employee has a probability below 0.05.

Table 5 indicates the results above provide a standardized value of beta of cultural competence β=0.326 and significant of 0.002 which means that cultural competence affects personal values for expatriates. In line with Ahmed & Krohn (1992) that Japanese share a common language, the same socio-cultural values, cultural heritage and national origin. Because Japanese culture which does not make such a distinction itself. While for the local employees value of standardized beta β=-0.0265 and significant of 0.041 which means has negative impact to personal value. That means, the higher of the personal values which over achievement, empathy, hedonism, humility, cooperation and responsibility the more negative impact to cultural competence or vice versa. Than only all dimensions have a positive and significant impact in increasing the personal brand of expatriates.

And the influence effect of expatriates higher than local employees. The reason is that Korean, Japanese and Chinese still hold the tradition of Confucian classic in the school system (Yum, 1994). But most Indonesians (local employees) ignore ancestral traditions and cultures such as norms, ethics and morals. Or it was shifted with modern culture. For more details can be seen in the Figure 2. 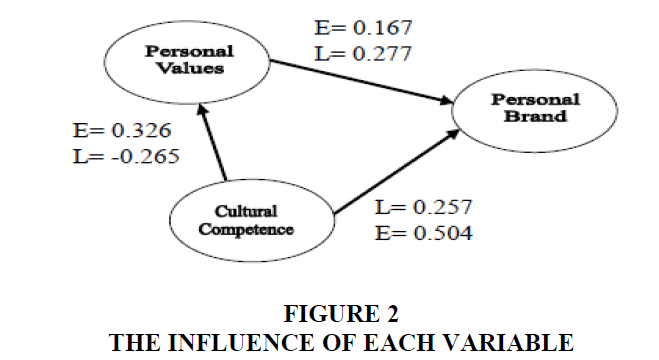 Figure 2.The ranking of strategic management tools and techniques

Arruda, W. (2005). An introduction to personal branding: A revolution in the way we manage our careers. Retrieved February 11, 2005, from www.reachcc.com

Cheung, O., Wong, P.S.P. & Lam, L.A. (2012). An investigation of the relationship between organizational culture and the performance of construction organizations. Journal of Business Economics and Management, 13(4).

Hofstede, G. (1984). The cultural relativity of the quality of life concept. The Academy of Management Review, 9(3).

Lam. (2002). A multinational examination of the symbolic-instrumental framework of consumer-brand identification. Journal of International Business Studies, 43(3).

Roth, M.S. (1995). The effects of culture and socioeconomics on the performance of global brand image strategies. Journal of Marketing Research, 32(2).

Schwartz, H.S. (2012). An overview of the Schwartz theory of basic values. The Hebrew University of Jerusalem, Online readings in psychology and culture: International association for cross-cultural psychology.

Triandis, H.C. (1989). The self and social behaviour in differing cultural contexts. Psychological Review, 96(3).

Yum, J.O. (1994). The impact of Confucianism on interpersonal relationships and communication patterns in East Asia. In A. Jessica Stowell (Eds.), Intercultural communication studies.