The social sector development has been considered as an essential prerequisite for sustained human development and economic growth of an economy (Sen, 1989). Because human capabilities provide a firm basis for evaluating living standards and quality of life (Sen, 1989 and 2000). Hence, deliberate attention to the enhancement of freedoms and capabilities would help in the process of economic development. Social1 sector development sets the foundation for rising income and employment opportunities, productivity growth, technological advancement and hence, helps to enhance the quality of life of people. Development of the social sector is one of the most important components of the economic growth (Romer, 1986, 1989, 1990; Lucas, 1988; Quah and Rauch, 1990, Grossman and Helpman 1991, Rivera-Batiz & Romer 1991).

According to Alvi (2010) “No nation can progress without a strong human capital base”. The studies like Nelson and Phelps (1966), Benhabib and Spiegal (1994), Lucas (1988), Mankiw et al. (1992) find that education plays an important role in the process of innovation and human capital accumulation, which helps to increase the labour productivity and hence boost economic growth. Endogenous growth theory explains the causal connection between economic growth and human capital development (for example, Romer 1986, 1989, 1990 and 1991). Because social sector development needs a strong human capital base which could be built through quality education, better health facility, job opportunities in the organized sector with social security measures etc. Social sector development increases the capabilities of human beings which increases labour productivity and hence boosts economic growth (Strauss and Thomas, 1998). Increasing growth of output, on the other hand, it enables the government to increase the share of spending on social sector development which has implications for long-run socio-economic development.

This study tries to explore the impact of social sector development on economic growth in Haryana. This study has taken Haryana as the study area because of improving of expenditure on social sector in Haryana. The major reason is that this type of study has not been conducted in any states of India. Therefore, this study is different from others.

The rest of the paper is organized as follows. Section two explains about the previous literature related to social sector development and economic growth (that are both national level studies as well as international level studies). Section three explains the data and methodology which includes the variables used in the present study and outlines the regression model. Section four (it has divided into two sub-section descriptive statistics and econometric results) discuss about the empirical results of the study. And finally, section five concludes the paper and draws upon the policy measures based on the findings of the paper.

Similarly, in India the earlier studies like Sen (2000); Hooda (2013); Gangal & Gupta (2013); Mohapatra (2013); Haldar et al. (2006) and Bhat & Jain (2004) explains that expenditure on health increases the economic growth through the improvement of health conditions of people which leads to productivity of the people. That productivity expands their percapita income (both in monetary percapita income2 and real3 per capita income) as well as their standard of living. Furthermore, it push towards the economic growth and development of the economy.

Datt and Ravallion (1998), explains about the poverty elimination in rural areas for different states of India. Mahal et al. (2000) find that 31 percent of public subsidies on health accrued to urban residents, somewhat higher than their share in the total population of about 25 percent. And the distribution of public health subsidies in a rural area is lower than the urban area in different states of India. This study also identifies that less amount of money spend of health which has negative impacts on the current social welfare and labour productivity, which reduces the per capita income and standard of living of the people. However, this has a negative impact on economic growth and economic development in future because this is a long-run concept. Therefore, this paper attempts to explore the impact of increasing social sector expenditure (both private and public sector expenditure) on economic growth in Haryana using time series data for the period of 1985 to 2016.

This paper is based on secondary data which covers only for Haryana. These data are collected from various sources like Central Statistical Organization (CSO), EPW Research Foundation, Ministry of Human Resource Development, Government of India, Sample Registration System, Census of India, Directorate of Economics and Statistics, Government of Haryana (Handbook of Statistics on State govt. Finances, RBI), etc. All these data are collected over a period of 31 years (from 1985 to 2016) to get a time series. However, these data are covered variables like NSDP (Net State Domestic Product) in Haryana, ESAC (expenditure on Education, Sports, Art & Culture), FWMPH (expenditure on Family Welfare, Medical & Public Health), WSSO (expenditure on Welfare of SC, ST & OBC), LLW (expenditure on Labour & Labour Welfare), SSW expenditure on Social Security & Welfare), HUD (expenditure on Housing and Urban Development) and WSS (expenditure on Water Supply and Sanitation) for the state of Haryana. These variables are transformed into logarithm form to reduce the scale, which also helps to reduce the likely heteroscedasticity4 in the data (Table 1).

At the outset, all the transformed variables are checked for stationarity5. All the variables have been checked by various methods, viz., Augmented Dicky-Fuller (ADF) test (Equation 1), Phillips-Perron (PP) test (Equation 2), Kwiatkowski-Phillips-Schmidt-Shin (KPSS) tests (Equation 3). It is important to note that both ADF test and PP test are formulated to test the null hypothesis that the series is non-stationary, whereas the KPSS test is alternative to which has the null hypothesis is stationary. All the above tests suggest that all the variables are integrated of order, i.e., I (1) variables (Table 2). This means after the first difference they would become stationary or I (0) variables. The graphical representation of the stationary checking (using correlogram) is also given in Annexure 1. Since all the variable are I (1) we have tested the Granger causality (Engel, 1987); Granger, 1969) test (Equation 4) in the first difference form which is I (0) to avoid the likely spuriousness (Table 3). Moreover, a Johansen Co-integrating regression (Johansen, 1988) is also run using the I (1) series following Engel (1987) and Granger (1969) to find the long-run relationship (Equation 4 and Table 4).

is the first difference of the

are the coefficients, t is the time or trend variable, m is the number of lagged terms chosen to ensure that

is the pure white noise error term and

is the sum of the lagged values of the dependent variable

LWSSOt=Log of expenditure on Welfare of SC, ST & OBC

LHUDt=Log of expenditure on Housing and Urban Development

LWSSt=Log of expenditure on Water Supply and Sanitation 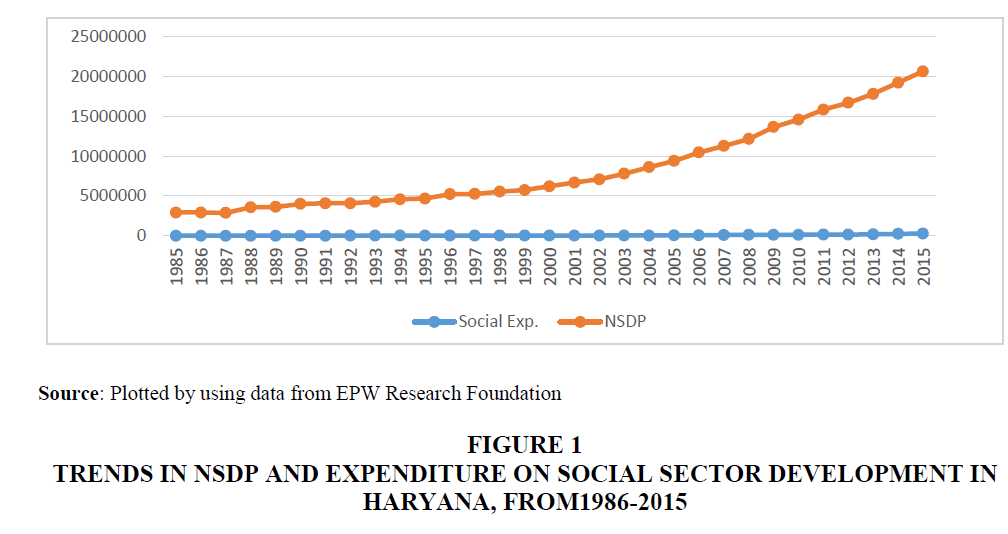 Figure 1:Trends In Nsdp And Expenditure On Social Sector Development In Haryana, From1986-2015.

This could be due to the initiatives were taken in both 11th and 12th plan periods in order to achieve inclusive growth in India. Since the development of the social sector is indispensable for the achievement of inclusive growth in India. The government of Haryana has also spent substantially on education, healthcare, housing, sanitation and social security and labour welfare for the economic growth and development in Haryana. The result of the descriptive statistics found that though most of the variables do not follow the normal distribution, but they have low standard deviation and moderate skewness (Annexure 2). Furthermore, the high degree of correlation between NSDP with various expenditures on social sector development (Annexure 3) enables us for doing further econometrics analysis. 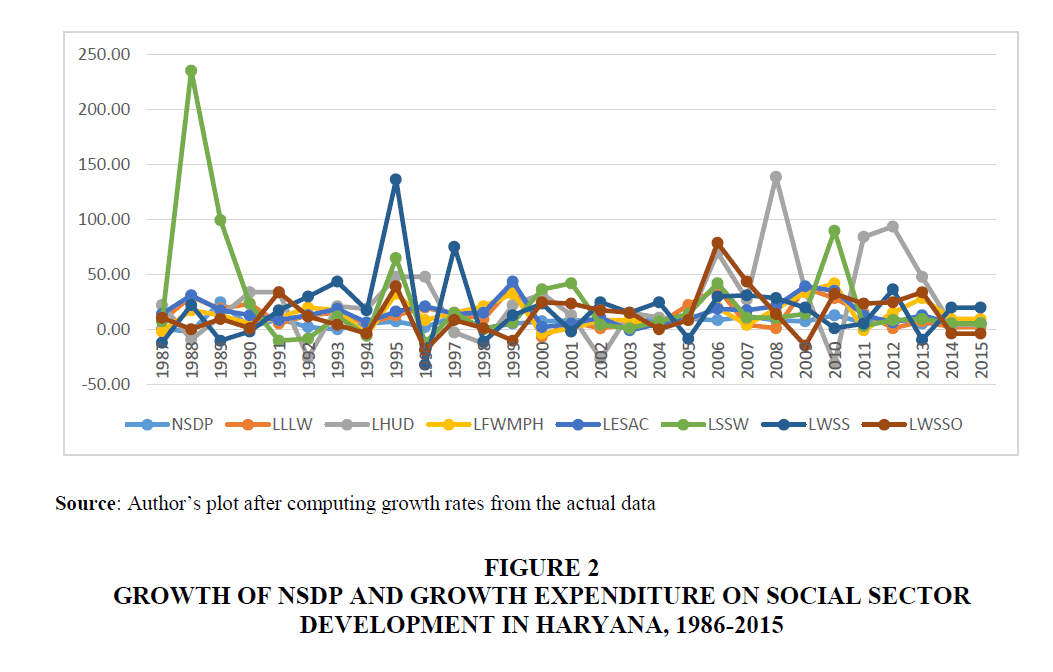 Figure 2:Growth Of Nsdp And Growth Expenditure On Social Sector Development In Haryana, 1986-2015.

In the context of inclusive growth and “Make in India” initiatives of the central government. The role of the state government of Haryana becomes very important for initiating various developmental strategies for the all-round development of the state. In the recent years, an increase in the public spending on various heads of social development has increased in Haryana. This paper examines both short-run and long-run relationship between economic growth and social sector development through human capital formation in Haryana. The major findings of the paper show that increased expenditure on social sector development has a strong and positive impact on growth of NSDP in Haryana. The results of the study also show that a significant relationship between growth and social sector development in the short-run (Granger causality result is significant). However, it suggests a long-run positive relation between the two (Johansen co-integration). The Ganger causality test identified that expenditure on some social factors is positively significant towards economic growth. Expenditure on Social Security Welfare (SSW) unidirectional (only) and others are statistically insignificant. Though govt. of Haryana invested for social sector development but it does not reach to the poor section of the people who are in root in the economy.

Therefore, Govt. of Haryana should focus on public investment in human capital i.e. expenditure on social sector development that will encourage to the growth of the economy.

1. It comprising of sub-sectors like education, health and medical care, housing, sanitation and water supply, etc.

2. Per capita income refers to the average income earned per person in a given area in a particular period of time. It is calculated by dividing the total income by total population.

3. Real per capita is adjusted with the inflation in a specific period of time.

4. When the variance of the residual is not constant, it makes difficult to precisely test the null hypothesis. For detail see Gujarati (2007), 3rd edition, chapter 11, p: 396-449.

6. Make in India, a type of Swadeshi movement covering 25 sectors of economy, was launched by the Government of India in 2014 to encourage companies to manufacture their products in India.

Sen, A. (1989). Development as capability expansion. In Sakiko FukudaParr and A K Sivakumar (eds). Readings in Human Development, 3-13.

Correlation is significant at the 0.01 (2-tailed)
Source: Authors Calculation.